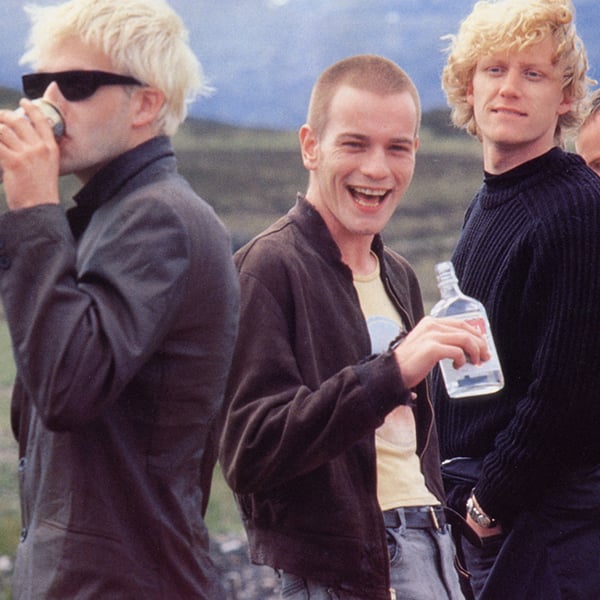 Often ranked as the best Scottish film of all time, Trainspotting is the landmark adaptation of Irvine Welsh's novel of the same name. Released in 1996 and directed by Danny Boyle, the film stars Ewan McGregor, Ewen Bremner and Jonny Lee Miller among a larger ensemble cast of Scottish actors, including Welsh himself.

The film sees Mark Renton (McGregor) and his friends struggle with heroin addiction in the suburbs of Edinburgh. Forced by addiction into criminal lifestyles of all shades, Renton begins to look for a way out, and for a better life.

Produced on a budget of £1.5 million, Trainspotting returned £48 million at the box office, a remarkable success for a film that deliberately tried to entice both arthouse and mainstream audiences. The film was nominated for an Academy Award for Best Adapted Screenplay, and won a BAFTA in that category.

That said, Trainspotting was not without its critics. In America in particular, the film was criticised for its supposed romanticisation of drug use. Republican presidential nominee Bob Dole accused Trainspotting and Pulp Fiction of "glamorizing" drugs, though he later admitted that he had not seen either film. Andrew Macdonald, a producer on the film, retorted that "[the filmmakers] were determined to show why people took drugs ... you had to show that it was fun and that it was awful."

A sequel to the film, T2 Trainspotting, was released in 2017. That film was produced on a budget of £18 million and sees Renton take a nostalgic trip back to Edinburgh to find his friends in just as much trouble as they had been two decades prior. It made £42.1 million at the box office and was also a critical success.