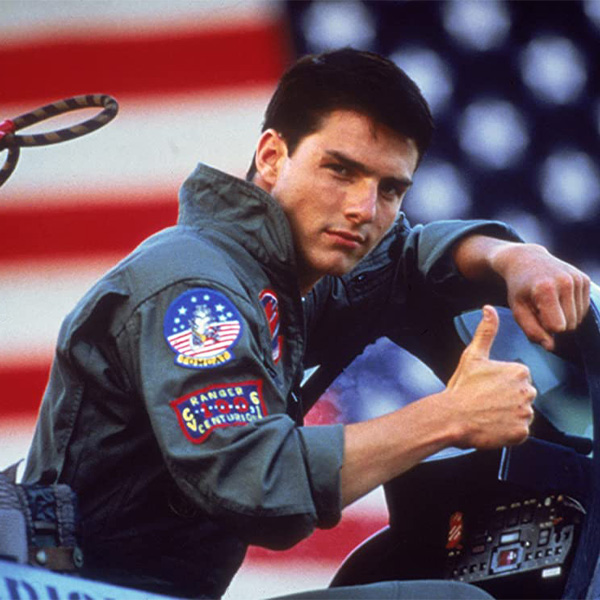 Starring Tom Cruise as a maverick fighter pilot, Top Gun is one of the 80s' most commercially successful films, and much of its dialogue continues to be referenced in popular culture.

Released in 1986 and directed by Tony Scott (and produced by the legendary blockbuster duo Don Simpson and Jerry Bruckheimer), the film sees Cruise's Pete 'Maverick' Mitchell attempt to overcome the death of his best friend, Goose, and continue his promising aviation career.

Produced on a surprisingly slim budget of $15 million, the film grossed a remarkable $386 million at the worldwide box office. Cruise, who had previously succeeded in coming-of-age comedies like Risky Business, was turned into a blockbuster megastar virtually overnight.

Critical response to the film, however, was mixed. The aerial action sequences were praised, but the dialogue-heavy scenes were less well-received. Nevertheless, the film scooped a statuette, winning the Academy Award for Best Original Song for Berlin's Take My Breath Away. The film is also closely associated with the Kenny Loggins track Danger Zone, which was originally set to be recorded by Toto. Ultimately, disputes with Toto's lawyers nudged the band out of the project.

As a result of their prominence in the film, sales of bomber jackets and aviator sunglasses increased significantly, and the film became the world's best-selling VHS cassette, with 2.9 million units shipped.

A sequel has been in development for several years, though it stalled after Scott's death in 2012. Titled Top Gun: Maverick, the film will see Cruise reprise his role as Mitchell, who has now become an instructor for TOPGUN. The film was originally scheduled for release in June 2019, but was later pushed back to December 2020.

20 Things You May Have Missed In Top Gun

20 Things You May Have Missed In Top Gun