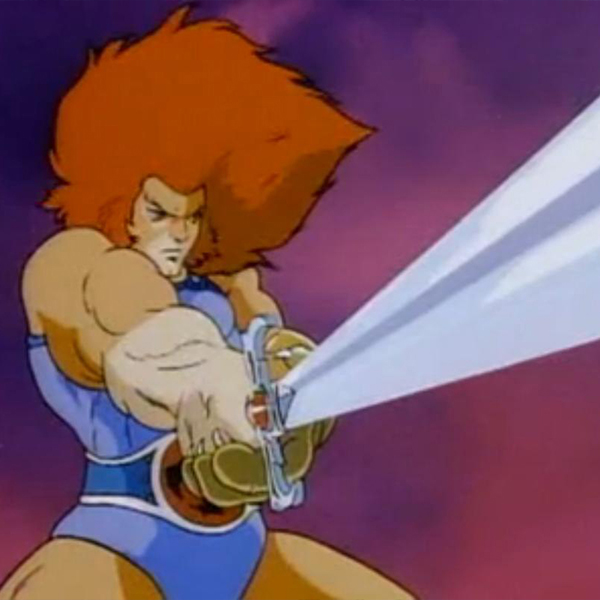 After He-Man and the Masters of the Universe established the 80s appetite for musclebound warrior heroes in otherworldly environments, a high-energy rival franchise arrived in 1985. ThunderCats played on a similar blend of sword and sorcery with space opera, but with a distinctly feline twist.

The ThunderCats were a small crew of survivors from the doomed planet Thundera. The feline humanoids escape into space and are sent into suspended animation, crash-landing a decade later on the mysterious planet of Third Earth. Here they learn that a malfunction on young Lion-O’s pod has seen the pre-pubescent prince age to adulthood. Reluctantly, Lion-O takes his place as rightful leader of the ThunderCats, fending off against their new enemies the Mutants, who have forged an alliance with the dreaded sorcerer Mumm-Ra.

Where He-Man provided a compelling concept but ultimately quite pedestrian storytelling and animation, ThunderCats took things into a higher gear. The storytelling was more sophisticated, and the animation was considerably more kinetic and exciting. Adding to that excitement was the rockin’ ThunderCats theme tune, heavy on Van Halen-esque guitar solos. The kids kept coming back for more – and, of course, their parents were inundated with requests for ThunderCats toys.

Four seasons were produced before ThunderCats ended in 1989. Despite rumours and fan speculation, no live action movie has been made to date. Cartoon Network produced a hard-edged reboot series in 2011, but this fared poorly. More recently, CN outraged many old fans with ThunderCats Roar!, a tongue-in-cheek take on the franchise aimed at younger viewers.

Snarf’s Real Name, And Other Things You Never Knew About ThunderCats