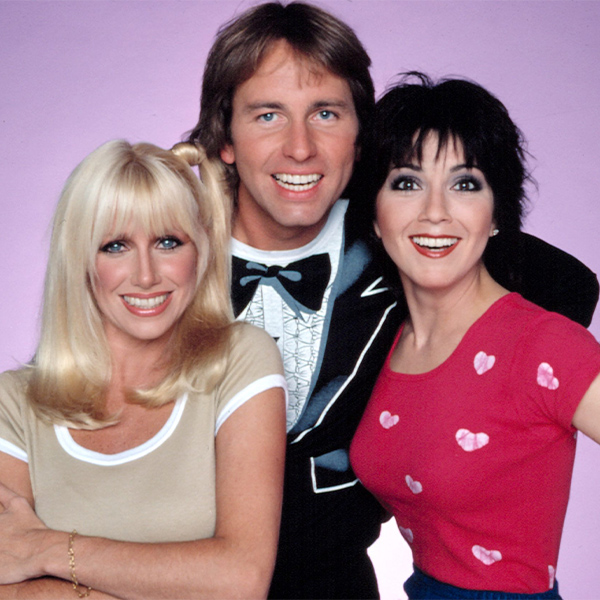 Launched in 1977, sitcom Three’s Company proved to be among the most enduringly popular shows of its kind. Although it’s remembered as one of the quintessential American sitcoms, the show actually has its roots on the other side of the Atlantic: it was a remake of Man About the House, a British sitcom which ran from 1973 to 1976.

Three’s Company cast John Ritter as Jack Tripper, a clumsy but good-hearted former Navy serviceman who shares an apartment in Santa Monica with two women, the sharp Janet Wood (Joyce DeWitt) and the ditzier Chrissy Snow (Suzanne Somers). Relations between the three are entirely platonic, but a lot of the show’s humour derives from the misunderstandings and tensions that arise from the gender clash.

Filling out the original ensemble were Norman Fell and Audra Lindley as the Ropers, landlords of our three young leads. However, the Three’s Company cast went through some changes over its eight seasons. Fell and Lindley left after season three to star in spin-off series The Ropers (a remake of Man About the House spin-off George and Mildred), whilst Suzanne Somers quit after season five to be replaced by Jenilee Harrison as Chrissy’s sister Cindy, who was in turn replaced by Terri Alden as Priscilla Barnes.

Three’s Company called it a day in 1984, after which Ritter and Barnes reprised their roles in spin-off Three’s a Crowd (again, a remake of Man About the House spin-off Robin’s Nest).