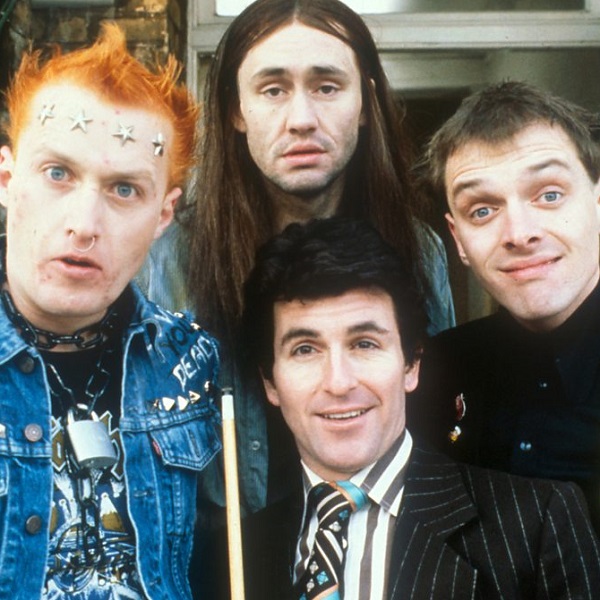 Times were changing in the 80s. Few comedy shows reflected this so directly, yet with such eccentricity, as BBC cult favourite The Young Ones. First airing in 1982, it showcased the cream of the new ‘alternative comedy’ movement.

Co-written by actor Rik Mayall, Lise Mayer and Ben Elton, The Young Ones centred on a quartet of student flatmates: would-be anarchist Rick (Mayall), heavy metaller Vyvyan (Ade Edmondson), hippy Neil (Nigel Planer) and lothario Mike (Christopher Ryan). Filling out the ensemble was Alexei Sayle, who appeared as different characters in every episode: usually either their landlord Jerzei Bolowosky, or members of the Bolowosky family.

Curiously, The Young Ones wasn’t technically a sitcom; the makers realised they’d get a bigger budget if it was classed as a variety show, hence the regular appearances from recording artists; most famously Motörhead in series 2 episode Bambi.

Following the example of Fawlty Towers, The Young Ones opted to quit while they were ahead, ending after only twelve episodes. However, the core four reunited in 1986 for Comic Relief charity single Living Doll, performing alongside Rick’s idol Cliff Richard. Later, Mayall and Edmondson reunited on 90s sitcom Bottom.

Remember Mike From The Young Ones? Here’s How He Looks Now!

Check Out These 10 Facts About The Young Ones!