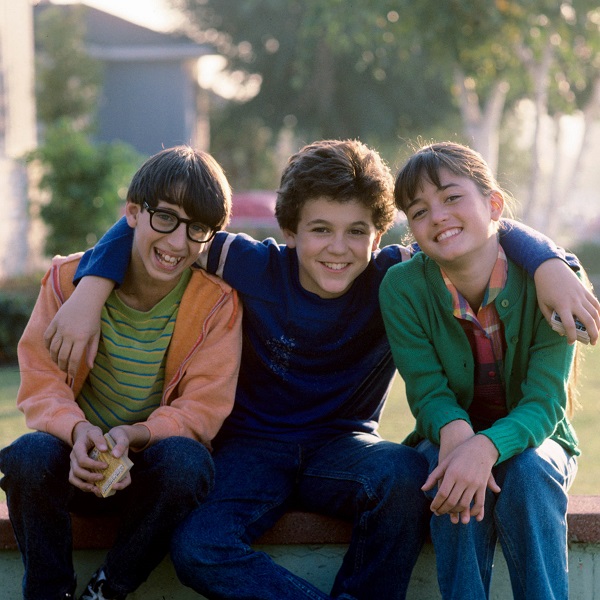 Four years after Happy Days ended, another nostalgic American TV show arrived – but this time, with a distinctly more nuanced approach acknowledging the real troubles of yesteryear. This was comedy drama The Wonder Years, which ran from 1988 to 1993, setting its action exactly two decades earlier: 1968 to 1973.

The Wonder Years centred on average White suburbanite Kevin Arnold (Fred Savage, cast on the strength of his performance in The Princess Bride). Initially aged 12, the series charts his growth into adolescence. Similar in tone to acclaimed 1986 movie Stand by Me, it featured narration from Kevin’s adult self (future Home Alone star Daniel Stern).

As well as following the standard day-to-day life of Kevin with his family and friends, The Wonder Years also touched on the social unrest of the time. The opening episode saw Kevin’s future girlfriend Winnie (Danica McKellar) learn her brother has died in Vietnam. Later, Kevin’s sister Karen (Olivia d’Abo) clashed with their conservative parents (Dan Lauria and Alley Mills) over her hippie lifestyle.

The series played a significant role in the 60s nostalgia that became prominent by the 90s, not least thanks to its use of the era's music: memorably, the opening credits played out to Joe Cocker’s version of The Beatles' With a Little Help from My Friends.

The Wonder Years earned an Emmy for Outstanding Comedy Series, and, at 13, Savage became the youngest actor ever to be nominated for the Outstanding Lead Actor in a Comedy award.