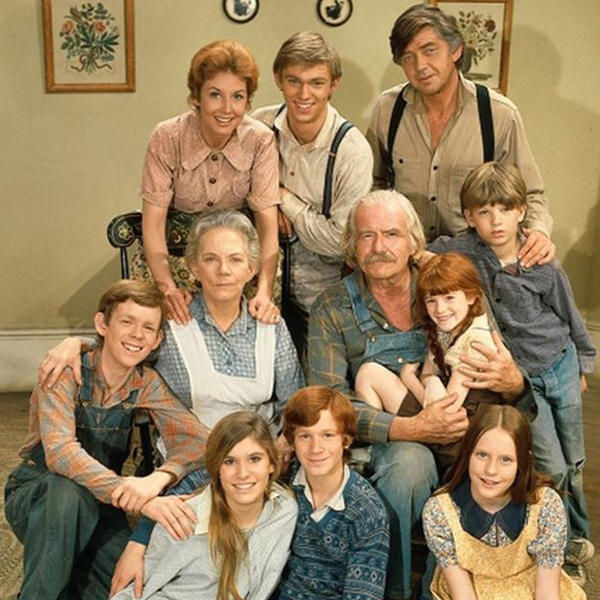 A far cry from the action-packed, high-energy entertainment that 80s TV is best remembered for, The Waltons was a considerably more homely, down to earth drama which was among the most popular shows around at the time. While the bulk of its run was in the 70s, it made it all the way into the 80s, ending after 221 episodes in 1981, but living on in reruns.

Set in rural Virginia of the 1930s during the Great Depression, The Waltons centred on the family of the title. Three generations lived under the same roof, from Grandma (Ellen Corby) and Grandpa (Will Geer) all the way down to little Elizabeth (Kami Cotler). Caught more or less in the middle is eldest son John Walton Jr, aka ‘John-Boy’ (Richard Thomas), from whose perspective the story is mostly told.

Adapted from Earl Hamner Jr.’s novel The Homecoming, the series began life as 1971 TV movie The Homecoming: A Christmas Story. This proved successful enough for network CBS to order a series continuing the story of the Walton family, which premiered in September 1972.

The Waltons was warmly received, and picked up numerous Emmy Awards during the 70s. Audiences appreciated its good-natured representation of old-fashioned American family values. Infamously, President George HW Bush declared in 1992 that American families should act “more like the Waltons and less like the Simpsons.”