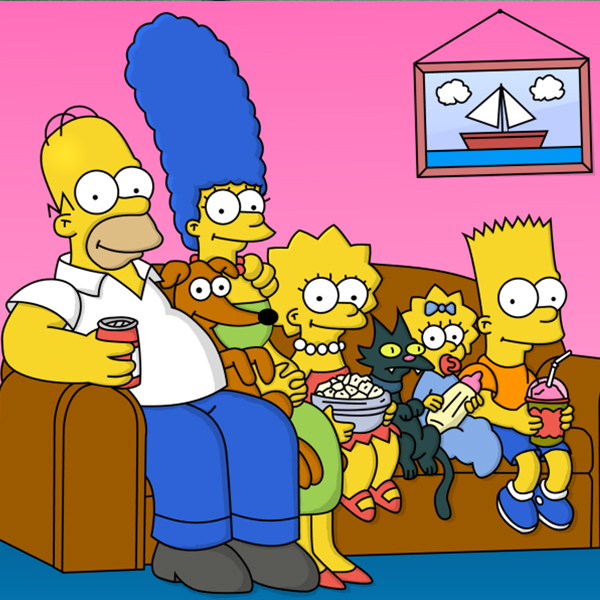 When The Simpsons started life in 1987 as a series of animated shorts featured on The Tracey Ullman Show, no one could have anticipated the cultural juggernaut that sketch would grow into. Given their own series in December 1989, the yellow-skinned, four-fingered family became the most talked-about thing on television, challenging the long-held notion that cartoons are just for kids.

It’s a simple enough set-up, but The Simpsons took advantage of its animated format to feature many things which would be impractical on a live-action sitcom, with reality-bending goings-on and a vast supporting cast of colourful characters. Moreover, The Simpsons took a sardonic look at contemporary America and popular culture, joyfully slaughtering sacred cows by the herd.

In its earliest days, when much of the audience was comprised of children enamoured with the badly-behaved Bart, the show's barbed humour prompted widespread criticism; President George HW Bush was among its most high-profile detractors. However, this didn’t keep The Simpsons from becoming a ratings sensation – and over three decades on, it’s still going strong. With 684 episodes to date, it’s the longest-running prime time scripted TV series in American history.

The show’s popularity spawned a wealth of merchandise, several records including 1990 chart-topper Do the Bartman, and 2007’s The Simpsons Movie.

30 Things You Didn’t Know About The Simpsons