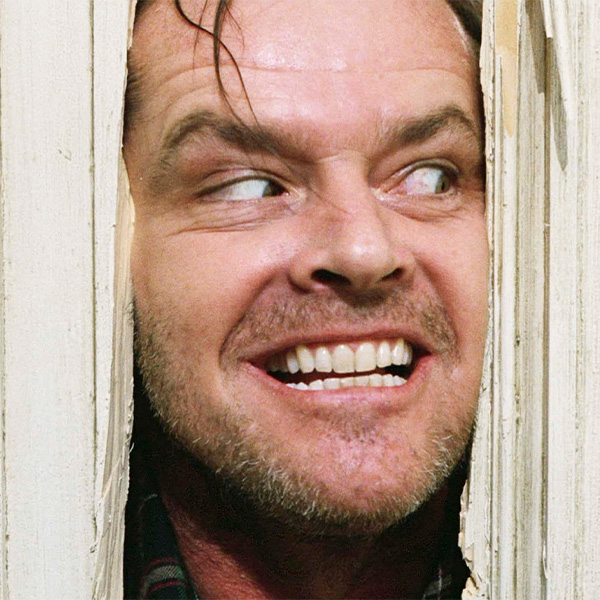 Although it received a tepid response upon its 1980 release, Stanley Kubrick's The Shining has since been hailed as "the most stately, artful horror ever made," and is considered one of the most terrifying films of all time.

Adapted from the landmark Stephen King novel of the same name, The Shining sees aspiring writer Jack Torrance (Jack Nicholson) take a job as a caretaker at the mysterious Overlook Hotel for the winter months. While there, he and his family (Shelley Duvall and Danny Lloyd) encounter a series of strange and horrifying situations that ultimately drive Torrance mad.

The film has become infamous for the scene in which Torrance tears through a door with an axe in an attempt to kill his wife and child. It was revealed in Making The Shining, a fly-on-the-wall documentary created by Kubrick's daughter, Vivian, that Shelley Duvall collapsed from exhaustion after providing a series of escalatingly hysterical takes. Nicholson's infamous line, "Here's Johnny!", taken from The Tonight Show Starring Johnny Carson, originally fell on deaf ears with the British Kubrick and was nearly cut. It has since become one of the most enduring lines in film history.

The Shining was something of a sleeper hit at the box office, ultimately grossing $46.2 million on a budget of $19 million, though critical responses were mixed. A Variety review pilloried the film, lamenting that "Kubrick has teamed with jumpy Jack Nicholson to destroy all that was so terrifying about Stephen King's bestseller." King himself was similarly nonplussed, and even supervised a rival version made for television. In retrospect, the miniseries has been compared unfavourably to Kubrick's film.

20 Horror Movies That Were Inspired By Spooky Real-Life Locations

Remember The Grady Girls From ‘The Shining’? Here They Are Now!

‘The Shining’ May Prove The Moon Landing Was Fake