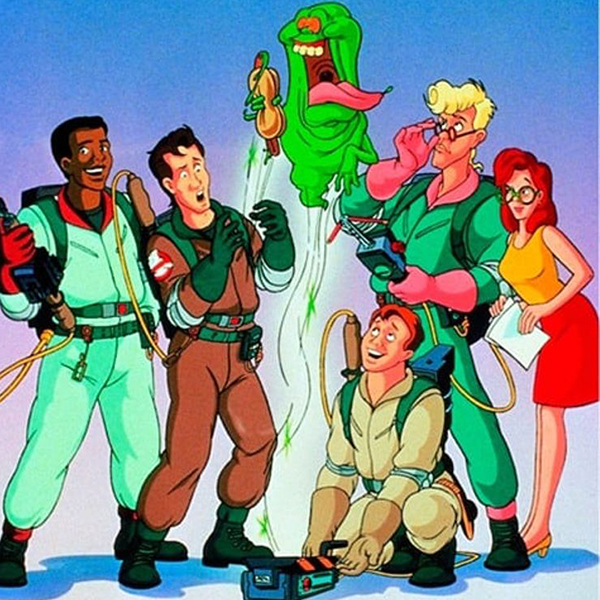 1984 blockbuster Ghostbusters wowed audiences young and old alike, and left viewers anxious to see New York’s paranormal heroes go on further adventures. 1986 saw them do just that on the small screen, with the launch of cartoon series The Real Ghostbusters.

The amendment of the title was down to a legal dispute with Filmation, who had produced a live-action series called Ghost Busters in 1975, and made an animated remake a decade later, hoping to cash in on the title’s sudden marketability. However, audiences weren’t fooled: Filmation’s cartoon didn’t last long, but The Real Ghostbusters was a smash.

Picking up where the movie left off, the show followed the continuing supernatural shenanigans of Peter Venkman, Ray Stantz, Egon Spengler and Winston Zeddemore, along with their long-suffering secretary Janine. A new central character was made of the previously unnamed green blob that the Ghostbusters caught on their first case in the movie: here, he was officially dubbed Slimer, and became a Scooby-Doo-esque mascot to the team. The character proved popular enough for the show to be officially renamed Slimer! and the Real Ghostbusters in 1988.

The series ended in 1991 after 140 episodes, and was followed by short-lived 1997 series Extreme Ghostbusters. A further series began development in 2016, but was halted following the poor reception of that year’s big screen Ghostbusters reboot. It remains to be seen whether things might change with the release of upcoming fourth film Ghostbusters: Afterlife.