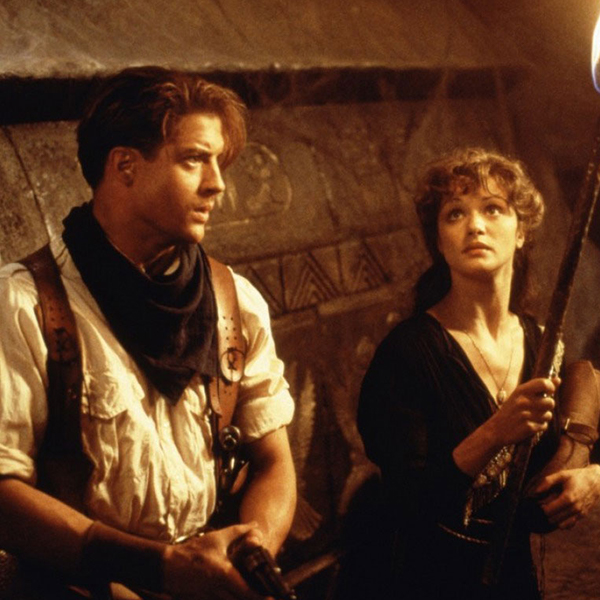 Starring Brendan Fraser and Rachel Weisz, 1999's The Mummy is an action horror that serves as a swashbuckling remake of the classic 1932 monster film of the same name.

Rick O'Connell (Fraser), an adventurer, seeks the lost city of Hamunaptra; he is aided by Egyptologist Evelyn Carnahan (Weisz), whose actions unwittingly lead to the resurrection of the high priest Imhotep (Arnold Vosloo), who aims to sacrifice Evelyn to resurrect his former lover.

Made on a budget of $80 million, the film drew $415.9 million at the global box office and spawned a franchise of commercially successful films. Even after the third film, 2008's The Mummy: Tomb of the Dragon Emperor, there were still plans to continue the franchise after another haul of more than $400 million. Instead, however, Universal decided to reboot their property with a 2017 remake that stars Tom Cruise in the lead role.

The pioneering visual effects of the film, which some estimate as costing $15 million, were handled by Star Wars veterans Industrial Light & Magic, who were keen to avoid the toilet paper-esque look of the classic undead monster. "They had to put these little red tracking lights all over my face so they could map in the special effects," said Vosloo. "A lot of the time I was walking around the set looking like a Christmas tree."

While the film built on a storied history of Egypt and its mythology in Western cinema, it could be argued that The Mummy reignited the exoticisation of the ancient civilisation for a new generation growing up in the late 90s and early 00s.

Remember The Mummy’s Brendan Fraser? Here’s What He Looks Like Now!