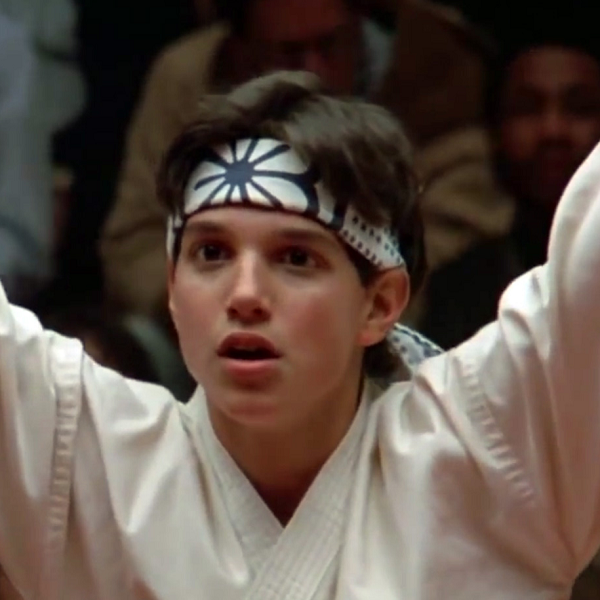 From the late 60s onwards, karate had gone from a mysterious Far Eastern art to something taught at sports centres and strip malls across the west. In the 70s, every kid enrolled in such classes hoping to become Bruce Lee; but in the 80s, we sought to follow in the footsteps of Daniel LaRusso, aka Daniel-san, of 1984's The Karate Kid.

Oscar-winning Rocky director John G. Avildsen calls the shots on this similar underdog story, which screenwriter Robert Mark Kamen based in part on his own adolescent experiences. Thanks to his vulnerability, Macchio won the lead role over such stars as Tom Cruise, Robert Downey Jr. and Nicolas Cage. Daniel-san's headband became iconic, as did his signature crane kick – although in truth, this isn’t a karate move.

A $91 million hit, The Karate Kid earned Best Supporting Actor Oscar and Golden Globe nominations for Pat Morita, spawned three sequels including 1994 spin-off The Next Karate Kid, and was remade in 2010 with Jackie Chan and Jaden Smith. More recently, Ralph Macchio and William Zabka returned to the franchise with webseries Cobra Kai, and plans have also been announced for a Karate Kid stage musical.

10 Things You Didn’t Know About The Karate Kid!