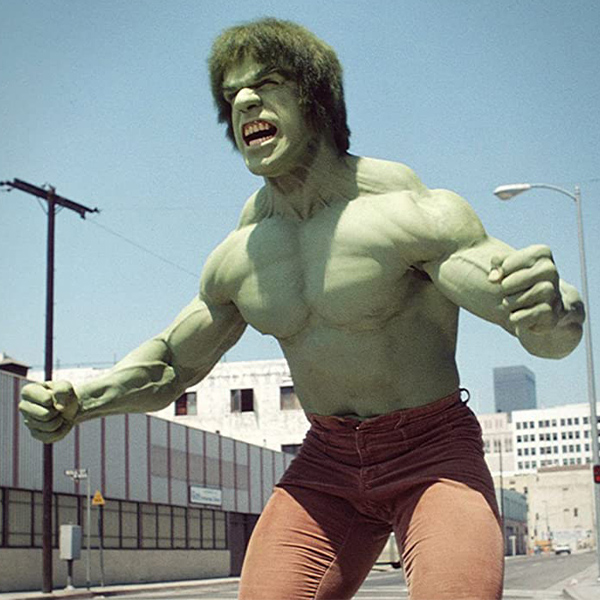 Today, audiences worldwide immediately think of Marvel's Hulk as a CGI-embellished Mark Ruffalo, but back in the 80s two men were the embodiment of the character: Lou Ferrigno as the Green Goliath himself, and Bill Bixby as his human alter-ego Dr David Bruce Banner (the character's name changed from simply Bruce Banner at producer Kenneth Johnson's behest; he felt alliterative names were a comic book cliche).

Premiering with a two-hour pilot episode in November 1977, The Incredible Hulk sent the monstrous comic book superhero into a relatively grounded world. Following an experiment gone wrong, Banner is zapped with gamma radiation which transforms him into the Hulk in moments of great anger: hence Banner famously tells reporter Jack McGee (Jack Colvin), "Mr McGee, don't make me angry. You wouldn't like me when I'm angry."

Bixby, Ferrigno and Colvin were the main recurring stars of The Incredible Hulk. The series followed Banner on the run, coming to a new town in every episode and trying to keep a low profile - but inevitably winding up involved in some sort of trouble that only the Hulk can solve, with both his strength, and his inherent sense of right and wrong.

Bodybuilder Ferrigno was an eleventh-hour replacement for Richard Kiel (Bond villain Jaws), who the producers realised didn’t look the part once photography had begun on the pilot. Arnold Schwarzenegger also auditioned, but was rejected for being too short.

The series ran until 1982: three TV movies followed at the end of the decade.