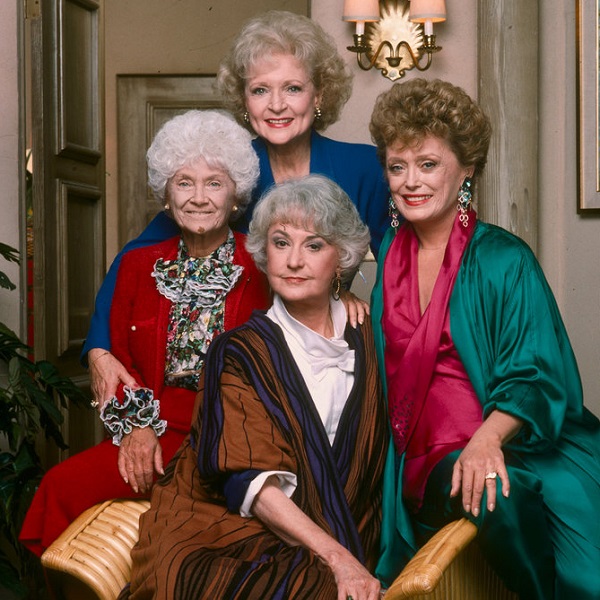 The 80s may well have been a time in which youth culture became ever more prominent, yet one of the top-rated TV shows of the decade centred on four women in their twilight years. That show was NBC sitcom The Golden Girls, which ran for seven seasons from 1985 onward.

The Golden Girls centred on four middle-aged women: the dry Dorothy (Bea Arthur, a 70s sitcom veteran thanks to All in the Family and Maude), the dim-witted Rose (national treasure Betty White), the lusty Blanche (Rue McClanahan), and Dorothy’s mother Sophia (Estelle Getty, in reality the second-youngest member of the cast). The quartet live together in the widowed Blanche’s Miami mansion, where conflict and hi-jinks constantly ensue.

Though naturally popular with older viewers, the appeal of The Golden Girls spread across the generations. Its humour was often quite eye-opening for younger viewers, showing these grandmotherly figures still enjoying active and often turbulent love lives, challenging preconceptions of what getting old entails.

On top of being a hit with audiences, The Golden Girls also received widespread critical acclaim and awards recognition: it’s one of the few sitcoms for which all the central cast won Emmys.

The Golden Girls ended in 1992 when Arthur chose to leave: White, McClanahan and Getty went on to spin-off The Golden Palace, which ran for one season. Two other spin-offs were made in Empty Nest and Nurses. The Golden Girls also spawned numerous international remakes, including short-lived British sitcom Brighton Belles.