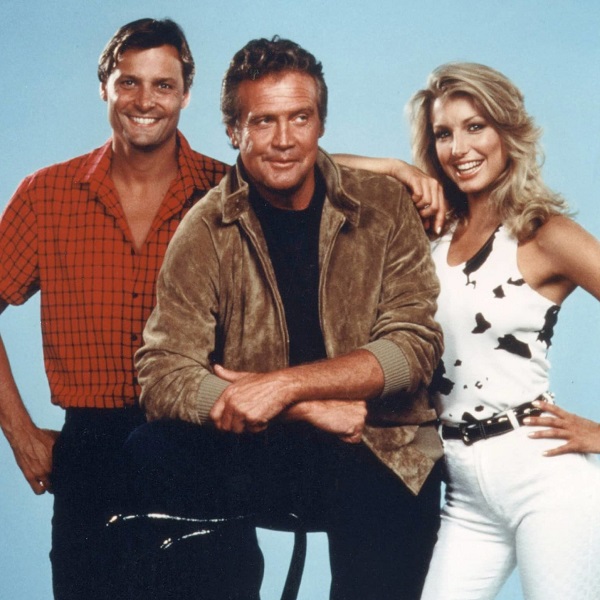 Lee Majors became one of the most prominent small screen heroes of the 70s as Colonel Steve Austin in The Six Million Dollar Man. However, he wasn’t about to rest on his laurels in the 80s, and took on another popular action man role in The Fall Guy.

Launched in 1981, The Fall Guy cast Majors as Colt Seavers, a professional Hollywood stunt man with an interesting side line in bounty hunting. Working alongside two other stunt performers - his young cousin Howie ‘Kid’ Munson (Douglas Barr) and Jody Banks (Heather Thomas) – Seavers utilises his brawn, skills and guts to get his man.

Created by prolific producer Glen A. Larson (responsible for such TV classics as Battlestar Galactica, Knight Rider, Magnum, PI and more), The Fall Guy had an interesting origin, as it was pitched to TV network ABC almost entirely on the strength of theme song The Unknown Stuntman, which Larson co-wrote.

As the show centres on the world of professional stunt performers, it’s no surprise that The Fall Guy features more than its fair share of eye-popping stunts, frequently involving vehicles. The bulk of this was in fact stock footage or notable scenes lifted from movies.

It didn’t prove as big a hit for Majors as The Six Million Dollar Man, but The Fall Guy was still hugely popular, clocking up 113 episodes before its cancellation in 1986. Plans for a movie reboot were announced in 2010 with Dwayne Johnson linked to star, but this has yet to materialise.