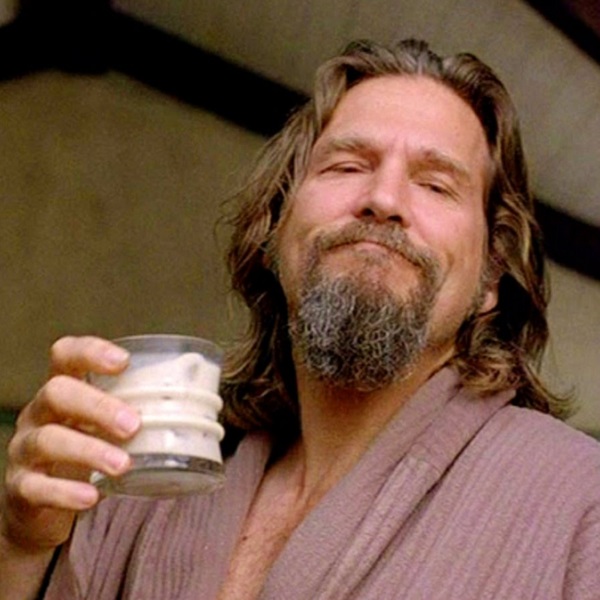 Following the success of Joel and Ethan Coen's 1996 Oscar-winner Fargo (which landed them the Best Original Screenplay award, plus Best Actress for Frances McDormand), critics and audiences were initially bewildered when the writer-director brothers followed it up with a bizarre comedy about an old hippy who gets unwittingly caught up in a kidnapping case. However, despite the many other acclaimed films they made before and since, 1998's The Big Lebowski is today the film the Coen brothers are best known for.

Jeff Bridges is Jeffrey Lebowski - or, as his friends know him, The Dude. Living a simple, low-cost lifestyle in Venice Beach, Los Angeles, The Dude's life generally consists of lazing around, drinking White Russians, and going bowling with his buddies Walter (John Goodman) and Donny (Steve Buscemi). However, after some debt-collecting thugs mistake him for another Jeffrey Lebowski - a millionaire businessman (David Huddleston) - The Dude gets caught up in a strange, nefarious plot involving the disappearance of the 'Big' Lebowski's young trophy wife Bunny (Tara Reid).

Regardless of the many twists and turns brought about in the plot, what really makes The Big Lebowski work is the remarkable collection of colourful characters. The supporting cast is filled up with some of Hollywood's best actors giving unforgettable performances, despite many of them having only a few scenes to do so: take Julianne Moore as the Big Lebowski's artist daughter Maude, Philip Seymour Hoffman as his henpecked assistant Brandt, and - perhaps the biggest scene-stealer of them all - John Tuturro as The Dude's bowling arch-nemesis, Jesus Quintana.

However, the real focal point of the film are Jeff Bridges as The Dude, and John Goodman as Walter. They're the quintessential odd couple - one a layabout ex-hippy, the other an uptight Vietnam veteran - yet, thanks to the actors' chemistry and the Coen brothers' impeccable dialogue, they make one of the most compelling double acts ever.

So great is The Big Lebowski’s cult following, it has even inspired a religion – Dudeism – which venerates the film and its philosophical underpinnings. Recently, it also spawned an unofficial semi-sequel, The Jesus Rolls, in which John Turturro reprised the role of Jesus Quintana; this hasn’t attracted much acclaim, and went direct to VOD.

10 Things You Didn’t Know About The Big Lebowski