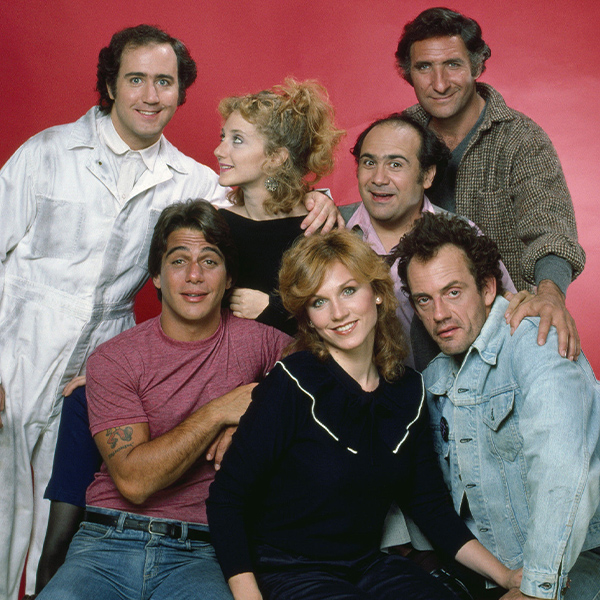 In the wake of notorious 1976 film classic Taxi Driver, New York cabbies probably weren't the most obvious choice as the focal point for a sitcom. Nonetheless, it proved to be a winning set-up for Taxi, one of the most acclaimed TV comedies of its time, and one which helped launch a number of its key players to stardom.

First aired in 1978, Taxi centred on the employees of the Sunshine Cab Company. The bulk of the action took place in their Manhattan fleet garage, and followed the lives of the mismatched souls there. While the cynical Alex (Judd Hirsch) considers himself a cabbie for life, most of his co-workers harbour bigger dreams, including actor Bobby (Jeff Conaway), artist Elaine (Marilu Henner) and boxer Tony (Tony Danza).

Officially Hirsch was Taxi’s lead, but the show is best remembered now for giving breakthrough roles to Danny DeVito as dispatcher Louie, and Christopher Lloyd as washed-out hippie Jim. Taxi is also the best-known work of the late cult comedy icon Andy Kaufman, whose bizarre performance as Latka startled audiences (and reportedly riled his co-stars).

Another notable figure to come out of Taxi was co-creator James L. Brooks, who went on to massive success as the writer-director of hit movies Terms of Endearment, Broadcast News and As Good as It Gets. Brooks is also one of the key figures behind The Simpsons.

Taxi ended in 1982 after 114 episodes, by which time it had been awarded 18 Emmys including three wins for Outstanding Comedy Series.

10 Amazing Facts About Taxi That You Probably Didn’t Know!