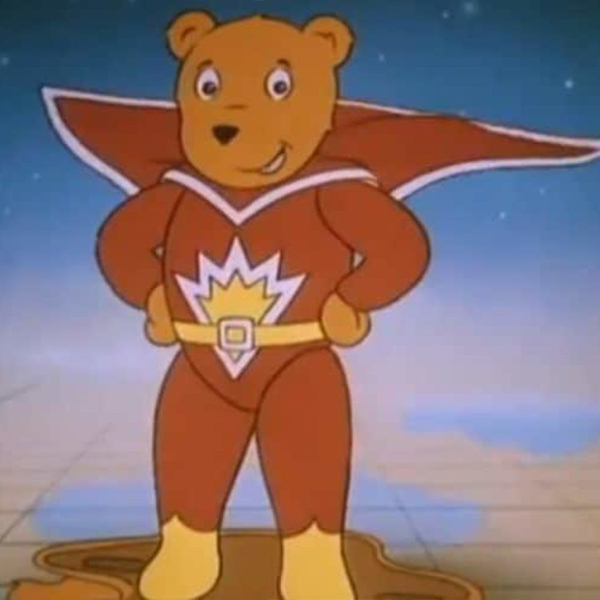 Every child loves their teddy bear, and most children also love superheroes – so it’s a wonder it took until 1978 for someone to combine the two. Created by animator Mike Young, who originally launched the character in a series of books, SuperTed became a popular sensation on his small screen debut in 1983.

One of the few popular TV animations to originate in Wales, SuperTed centres on the bear of the title, who was an ordinary child’s plaything until brought to life by the magical spaceman Spotty (voiced in the English dub by Doctor Who and Worzel Gummidge actor Jon Pertwee). The bear is then given special powers by Mother Nature, allowing him to transform into a mighty superhero whenever he says his magic word – which, try as they might, viewers were never able to hear.

Touchingly, Mike Young came up with SuperTed as a way of helping his own son overcome his fear of the dark, so it was only natural that SuperTed’s animated adventures saw him and Spotty helping other youngsters in need. Of course, every hero also needs an arch enemy; SuperTed’s was Texas Pete, a mean-spirited cowboy with two bumbling henchman, the rather camp Skeleton and the very dim-witted Bulk.

Originally running for 36 episodes between 1983 and 1986, SuperTed was later revived in the 1989 US production The Further Adventures of SuperTed, made by famed animation house Hanna-Barbera. Fittingly, the character also became a popular stuffed toy.

14 Things You Didn’t Know About SuperTed