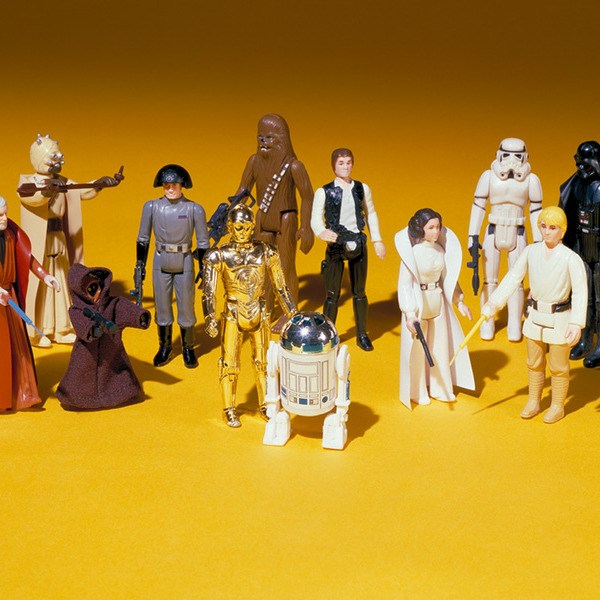 Designed and distributed by Kenner, Star Wars action figures were, during the period of release of the original Star Wars trilogy, some of the best-selling toys in United States history.

The licence to produce Star Wars action figures was initially offered to the Mego Corporation in 1976, they being the market leader in producing licensed toys, but they declined due to the upfront licensing cost of $750,000.

Ultimately, Kenner took on the project. However, they heavily underestimated demand over the Christmas period, only made worse by George Lucas' reluctance to share character and vehicle designs for fear of being plagiarised.

As a result, the company was caught entirely flat-footed, but still turned a profit by marketing an 'Early Bird Certificate Package' which could later be redeemed for four Star Wars figures. These were Luke, Leia, Chewbacca and 'Artoo-Detoo' (R2-D2).

Even after this debacle, however, Kenner still struggled to keep up with demand for the action figures. It's estimated that 40 million units were sold in 1978 alone, accounting for $100 million of revenue. In fact, Lucas earned so much money from merchandising alone that he used the money to independently finance the rest of the original trilogy.

After the release of Return of the Jedi in 1983, demand for Star Wars action figures naturally began to wane. As a result, the line was discontinued in 1985. However, during the seven-year period of the toys' production, more than 300 million units were sold, accounting for more than $750 million in sales.

The action figures have since become collectors' items with a long and powerful cultural legacy. For example, the toys are featured in both Poltergeist and ET the Extra-Terrestrial, and a collection can even be seen during the end credits of 2012's Argo.

Kenner would eventually be acquired by Tonka, and then Hasbro, and release further action figures in 1995.

25 Of The Very Rarest Toys In The World

These 15 Happy Meal Toys Are Worth A Mint!

10 Star Wars Toys That Will Earn You A Fortune!

10 ZX Spectrum Games That Sell For Big Money On Ebay

15 Amazing Items That You Need To Buy If You Grew Up In The 80s!

19 Nostalgic Pages From The 1985 Argos Catalogue