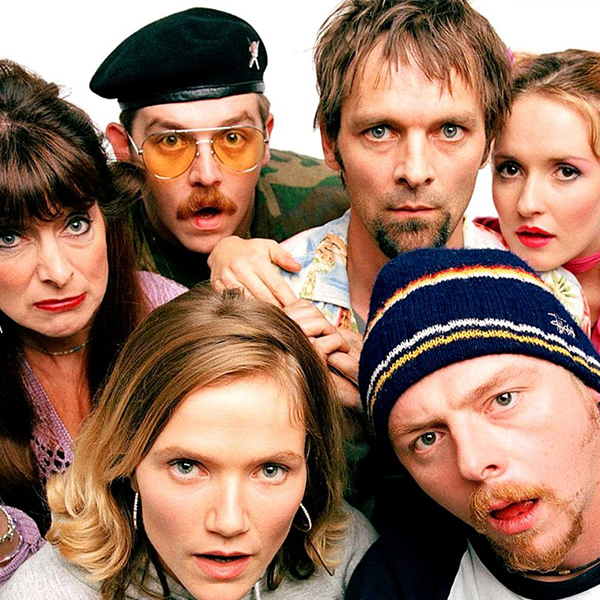 Hitting screens for the first time in September 1999, Spaced may have arrived at the very tail end of the 90s, but it was still one of the decade’s most innovative sitcoms - and it proved to have a wider-ranging cultural impact than anyone could have expected at the time.

Ditching the proscenium stage/live studio audience set-up of conventional sitcoms, Spaced is one of the rare TV comedies on which the distinctive style of its director is always in evidence. While Hynes and Pegg co-wrote the entire series, every episode was directed by Edgar Wright, who would go on to make the hit films Shaun of the Dead, Hot Fuzz and The World’s End with Pegg and Frost.

With its surreal overtones and celebration of fan culture, Spaced set the scene for many more media-savvy comedies and dramas in the years ahead. Only 14 episodes were ever made, but despite fan demand all involved have been quick to quash any suggestion of a revival.