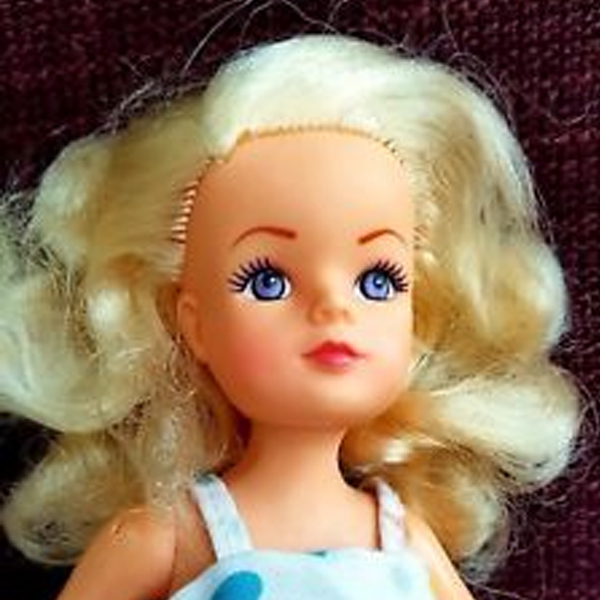 Created in 1963 by Pedigree Dolls & Toys, Sindy was marketed as a British rival to Mattel's global Barbie phenomenon. Sporting a more 'wholesome' look than her glamorous American counterpart, Sindy became the best-selling toy in the UK in 1968 and 1970.

Pedigree had in fact been offered a licence to produce Barbie in the UK, but they declined after market research showed the toy was unpopular with British consumers. Instead, Pedigree drew inspiration from the American doll Tammy, even borrowing its slogan: "the doll you love to dress."

The Sindy doll was eventually brought to the US in 1978, distributed by Marx Toys. The commercial for the doll, which still focused on its homely image, featured The Brady Bunch's Susan Olsen.

In the 80s, however, several changes were made to ensure Sindy's appearance - and, more broadly, image - matched the times. The doll appeared in a series of gowns and even lingerie designed by The Emmanuels, who created Princess Diana's wedding dress.

In 1986, manufacturers launched Magic Moments Sindy, whose hair and swimming costume changed colour when immersed in warm water; at the same time, the doll's senior designer, Jane Braithwaite, made regular research trips to Paris to ensure Sindy's style was always on-trend. This was some distance from the original girl-next-door messaging. The doll was also redesigned with a more adult look.

In 1989, Sindy was sued by Mattel for too closely resembling Barbie, which was now far outstripping its once-close rival. Ultimately, the case was settled out of court after Hasbro, the new firm behind the doll in Europe, agreed to make alterations to Sindy's face.

Amid declining sales, in 1998 Hasbro indicated interest in creating a Sindy doll that closely resembled the recently-deceased Princess Diana. The request was denied.

The brand has since been returned to its original proprietor, Pedigree Toys, who continue to market the doll as a child-friendly version of the more cosmopolitan Barbie.

10 Sindy Toys All 80s Girls Wanted To Own

10 Sindy Accessories You Probably Had!

10 Toys That Every 80s Girl Loved To Play With!

10 Amazing 80s Girls Toys That You Are Sure To Remember