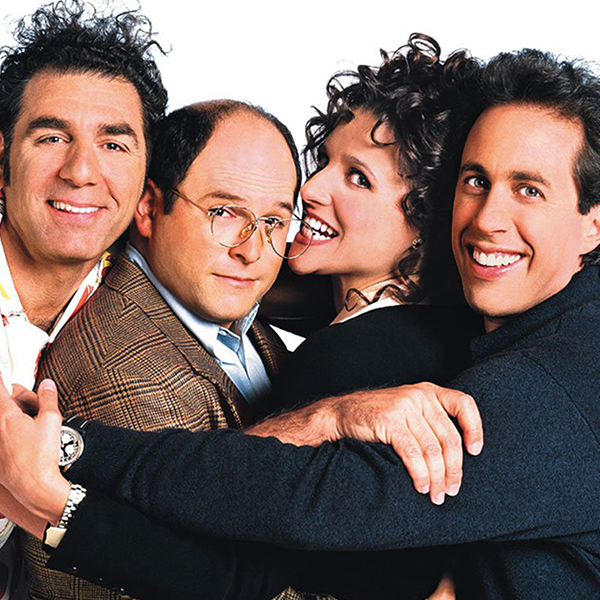 The route from stand-up comedy to TV sitcom stardom is not an uncommon one, but when Jerry Seinfeld took that route, the results were widely hailed as ground-breaking. Premiering in July 1989, Seinfeld became one of the most acclaimed TV comedies of the era, and has often been declared one of the greatest TV shows ever.

Jerry Seinfeld heads up the cast as a fictionalised version of himself, a successful stand-up comedian living in New York. As befits any sitcom, the show follows the daily life of the title character, and those closest to him: his lifelong best friend George (Jason Alexander), friend and former partner Elaine (Julia Louis-Dreyfus), and his eccentric neighbour Cosmo (Michael Richards).

It all sounds prosaic enough, but the trick with Seinfeld is that the show steered clear of the usual schmaltzy sitcom tropes. Seinfeld has often been described as being “about nothing;” it deliberately avoided ongoing plot threads or significant character developments.

Jerry Seinfeld and series co-creator Larry David (later the creator and star of Curb Your Enthusiasm) wanted Seinfeld to explore how stand-up comedians come up with their material, hence the focal point of each episode is some sort of funny situation the characters find themselves in, which Jerry later recounts on stage.

Seinfeld was a hit with audiences, and went down even better with critics and award season judges. The show's nine year run saw it pick up three Golden Globes, ten Emmys, and five wins in the Best Ensemble Cast Performance category at the Screen Actors Guild Awards, and many more awards besides. Seinfeld ended in 1998 after 180 episodes.

25 Things You Didn’t Know About Seinfeld