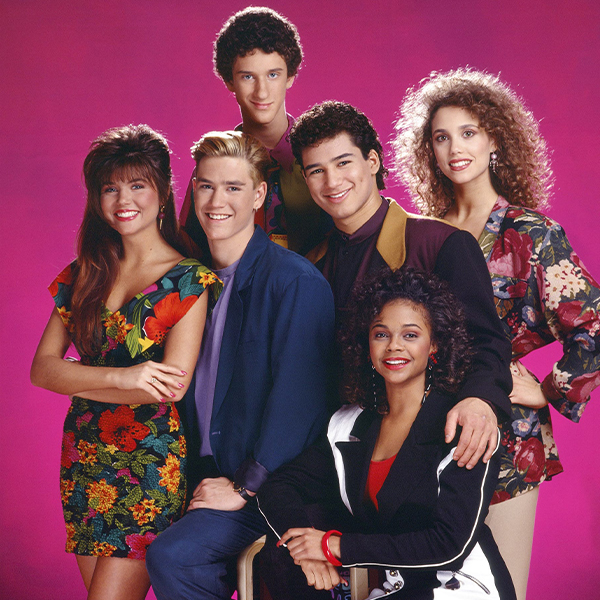 For all those who were school-age in the 1990s, few TV shows encapsulate the era more perfectly than Saved by the Bell. Set in the fictitious high school of Bayside, the teen-oriented sitcom followed the adolescent experiences of its attractive young ensemble, with their overbearing principal never far away.

The show started life in a somewhat different format in 1988. Originally, the sitcom was entitled Good Morning, Miss Bliss, and centred on a junior high school teacher portrayed by screen legend Hayley Mills. This show was cancelled after only 13 episodes, but the producers felt there was untapped potential in the show’s younger characters Zack Morris (Mark-Paul Gosselaar), Lisa Turtle (Lark Voorhies) and Samuel "Screech" Powers (Dustin Diamond), as well as principal Mr Belding (Dennis Haskins).

Taking these key characters and adding Mario Lopez as A.C. Slater, Tiffani-Amber Thiessen as Kelly Kapowski and Elizabeth Berkley as Jessie Spano, the action was then moved from Indiana to Los Angeles. So it was that Good Morning, Miss Bliss became Saved by the Bell, and it proved a winning formula which hooked younger viewers worldwide.

Remember Kelly Kapowski From Saved By The Bell? You Have To See Her Now!