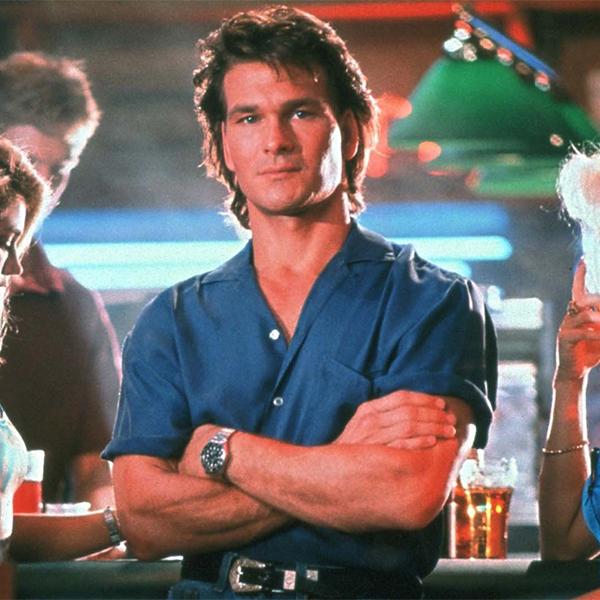 For many, the late Patrick Swayze's cinematic legacy is defined by 1987's Dirty Dancing. However, for those who like their movies that bit rougher, Swayze never packed as much punch as he does in 1989's Road House.

Swayze is Dalton, a professional doorman known as a 'cooler.’ Renowned as the best in the business (even though everyone who meets him "thought he'd be bigger"), Dalton is hired to come work at the Double Deuce, a small town Missouri night spot being torn apart by crime, violence and drunken debauchery.

Under Dalton's guidance, the Double Deuce sees its fortunes improve; but not without incurring the wrath of Brad Wesley (Ben Gazzara), a shady millionaire who seems to have the whole town in his pocket. Things are complicated further by Dalton developing a romantic connection with Dr Elizabeth Clay (Kelly Lynch), with whom Wesley is infatuated.

There's not a whole lot to Road House in terms of story; the movie's lasting appeal lies in its distinctive, unabashedly trashy tone. Directed by the aptly-named Rowdy Herrington (who later made 1993 Bruce Willis movie Striking Distance), Road House is bursting at the seams with tough-talking macho men in tight jeans, scantily-clad women of loose morals, and beat-'em-up action that gets crazier by the minute. The down-and-dirty atmosphere is enhanced by a great blues rock soundtrack courtesy of Jeff Healey.

As ridiculous as things get, Swayze (who turned down Kurt Russell’s role in Tango & Cash in order to make the film) plays it totally straight as the ice-cool, intellectual tough guy. His fight scenes may be eye-openers - especially that finishing move in the riverside punch-up - but what really lingers in the memory are Dalton's many philosophical asides: "pain don't hurt," "no one wins a fight," etc.

While only a modest success on release ($30 million at the box office), Road House has developed a huge cult following. It's also become the stuff of legend thanks to a connection with Bill Murray, a friend of actress Kelly Lynch: reportedly every time Road House screens on TV and it reaches the love scene, Murray calls Lynch's husband to inform him, "Kelly's having sex with Patrick Swayze."