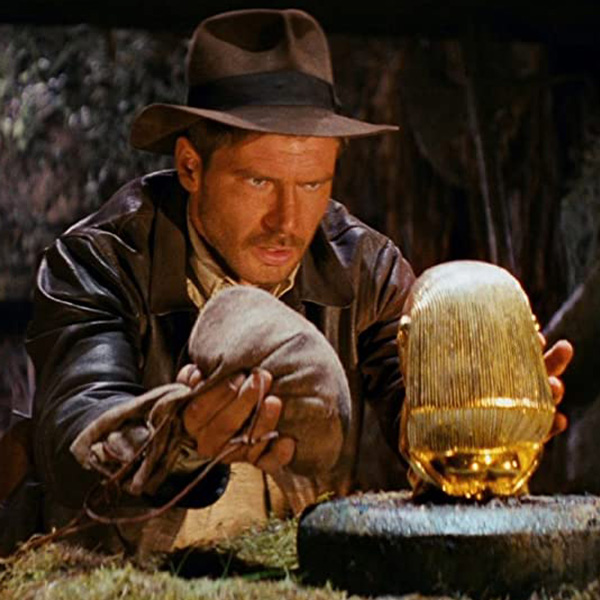 Raiders Of The Lost Ark

As if playing Han Solo in Star Wars wasn't enough, Harrison Ford landed the part of another iconic hero in 1981's Raiders of the Lost Ark. From the dream team of director Steven Spielberg and executive producer/story writer George Lucas, this old-fashioned adventure introduced us to the hat-wearing, whip-cracking archaeologist Indiana Jones.

Set in 1936, Raiders of the Lost Ark sees Indy (Ford) enlisted by the US military to locate long-lost Biblical relic the Ark of Covenant, which the Nazis are trying to locate. Indy's quest reunites him with his old flame Marion (Karen Allen), with whom he journeys to Egypt to find the Ark before the nefarious Belloq (Paul Freeman), a rival of Indy in the employ of the Nazis.

Steven Spielberg had long dreamed of directing a James Bond movie, but when the 007 producers turned him down his friend George Lucas pitched him Indy, a two-fisted hero in the vein of the swashbuckling serials both men loved growing up.

When it came to casting their leading man, Spielberg and Lucas first wanted Tom Selleck. However, Selleck had already signed on to star in TV series Magnum, PI and had to turn it down, clearing the way for Harrison Ford.

A fifth Indiana Jones movie is scheduled for July 2022, although only Harrison Ford will be returning. James Mangold is expected to take over from Spielberg in the director's chair.