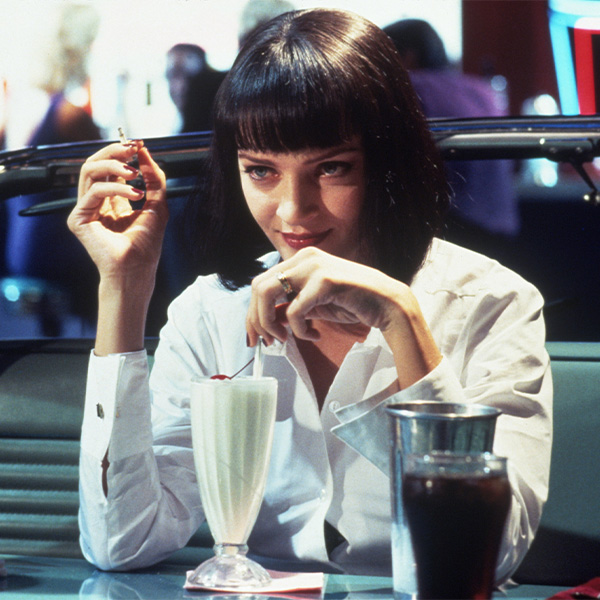 After causing a sensation with his 1992 breakthrough Reservoir Dogs, radical young writer-director Quentin Tarantino went truly stratospheric with his 1994 follow-up film Pulp Fiction. Where his first film announced him as a force to be reckoned with, his second firmly established him as the most acclaimed and influential new filmmaker of the decade.

Set for over the course of a couple of days in Los Angeles, Pulp Fiction tells three loosely interrelated stories out of sequence; first, we meet contract killers Jules (Samuel L. Jackson) and Vincent (John Travolta) on a hit that goes off-course; next, we follow Vincent as he takes Mia Wallace (Uma Thurman) out to dinner, under orders of her crime boss husband Marsellus (Ving Rhames); then we meet washed-up boxer Butch (Bruce Willis) as he goes on the run after refusing to throw a fight.

The non-linear structure of Pulp Fiction is strikingly unconventional, not to mention its stark cinematography and use of long takes, often punctuated by lengthy silences. However, what really stands about Pulp Fiction is its dark sense of humour, and heightened sense of cool. Reservoir Dogs established Tarantino as the master of the pop culture reference, and Pulp Fiction delves ever deeper in this direction. The dialogue might not always serve to advance the plot, but it provides a great sense of character and atmosphere, and it's always fun to listen to.

On the subject of listening: almost as impactful as the film itself was the Pulp Fiction soundtrack album, a selection of mostly cool retro tracks compiled by the director himself; in what became a signature for Tarantino soundtrack albums, it also includes snippets of dialogue from the film. (The Reservoir Dogs soundtrack had also done this beforehand.)

Thrilling audiences and critics alike, Pulp Fiction premiered at the Cannes Film Festival where it won the Palme d'Or, then went on to gross almost $214 million at the box office. It also received seven Oscar nominations, but its only win was for its screenplay, which Tarantino shared with co-writer Roger Avary. Samuel L. Jackson’s clear annoyance at losing in the Best Supporting Actor category has become an all-time classic Oscars moment.