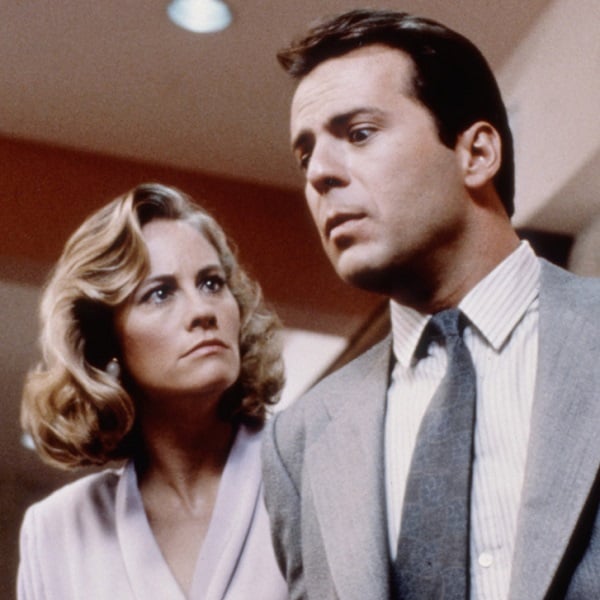 Plenty of TV shows in the 80s centred on private investigators, but Moonlighting did something particularly new and surprising with that set-up. Blending detective drama with romance and overt comedy, the show gave audiences something new. It also introduced a star of the future in Bruce Willis – even if initially he was playing second fiddle to the more established leading lady, Cybill Shepherd.

Hitting the air in 1985, Moonlighting introduced audiences to Maddie Hayes (Shepherd) and David Addison (Willis). Maddie is a formerly wealthy model who loses everything to an embezzling accountant, and finds herself lumbered with David’s failing detective agency, originally purchased as a tax write-off. Reluctantly, Maddie teams up with David to run the agency full-time.

Thanks to its knowing play on the genre, its sharp dialogue and plots, and the chemistry between Shepherd and Willis, Moonlighting wasn’t quite like any other show on TV at the time. It got bolder as the series went on, with surreal, fourth-wall breaking humour.

It was a critical hit, scooping 7 Emmy Awards and 3 Golden Globes throughout its run. It also attracted a wealth of noteworthy guest stars, among them Whoopi Goldberg, John Goodman, Pierce Brosnan (in character as Remington Steele), and – in his final live action appearance – Orson Welles.

Eventually Moonlighting was scuppered by dwindling ratings, off-camera tensions and Willis’s burgeoning film career (he shot the last season back-to-back with Die Hard). It was cancelled in 1989 after 66 episodes.