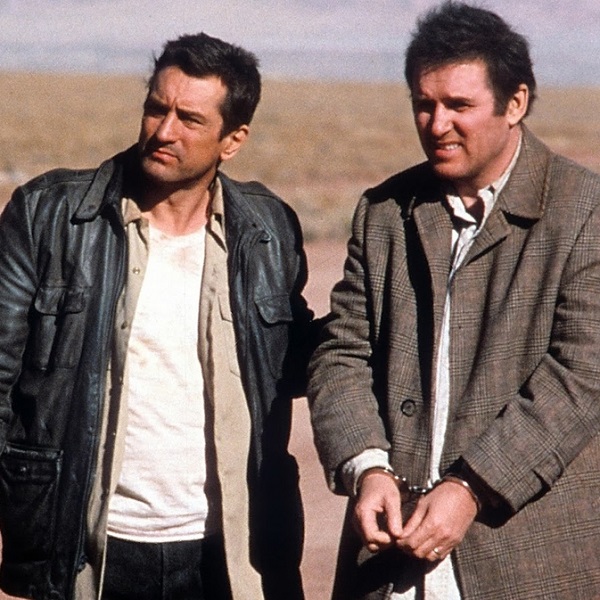 Conventional wisdom has it that Robert De Niro didn't go mainstream until the late 90s, when the highly esteemed actor stepped away from prestige dramas to make the likes of the Analyse This and Meet the Parents movies. However, the legendary Raging Bull and The Godfather Part II Oscar winner had already ventured into more light-hearted, mass appeal territory in 1988’s comedy thriller Midnight Run.

De Niro is Jack Walsh, a bounty hunter hired to locate embezzling accountant Jonathan 'The Duke' Mardukas (Charles Grodin). Walsh finds him easily enough, but what should be a simple transport job is complicated by both the mafia and the FBI being anxious to get their hands on Mardukas, not to mention the contrasting personalities of the bounty hunter and his mark.

Directed by Martin Brest (Beverly Hills Cop), Midnight Run came together as De Niro was keen to do a comedy, after being rejected for the role that ultimately went to Tom Hanks in Big. Robin Williams and Bruce Willis were both considered for the role of Mardukas, but De Niro wound up having the most chemistry with Charles Grodin.

De Niro still approached the action-comedy with his signature method seriousness, working with real bounty hunters and police officers as research, and actually scarring Grodin’s wrists from putting on the handcuffs too tight.

Midnight Run was a hit with critics and a modest box office success, making almost $82 million. It spawned three TV movie sequels, none of which feature the original actors.