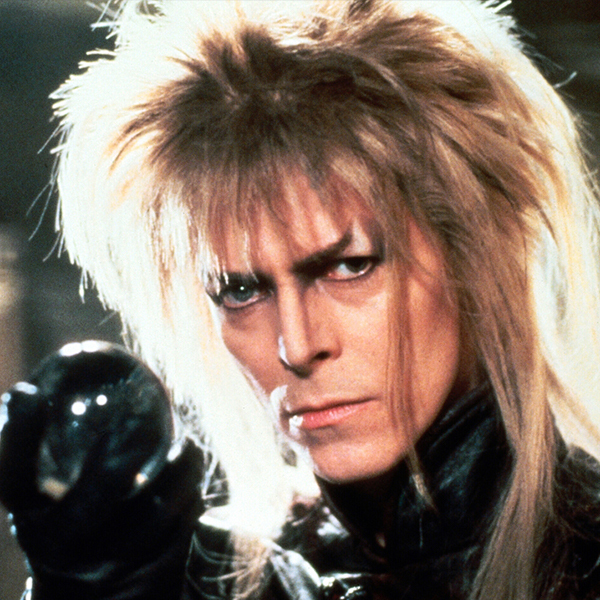 While Jim Henson's name will always be synonymous with The Muppets, the late puppeteering legend is equally beloved by many for this 1986 musical comedy adventure, which pits David Bowie and Jennifer Connelly into a fantastical world of wonder.

Connelly (aged just 14 when cast in the role) is Sarah, an imaginative but emotional teenager left babysitting her infant brother Toby. Frustrated, she flippantly wishes for her brother to be taken away by goblins - only to see her wish unexpectedly granted by the sinister but seductive Goblin King (Bowie). To save Toby before he becomes a goblin himself, Sarah must solve the mysterious labyrinth within 13 hours.

A spiritual sequel of sorts to Jim Henson and Frank Oz’s 1982 film The Dark Crystal, Labyrinth was conceived to be a more light-hearted and family-friendly venture into a mystical world. To this end, Monty Python alumnus Terry Jones was hired to pen a screenplay that packs in plenty of humour amongst the often bizarre, reality-bending events that occur. Star Wars creator George Lucas was also on board as the film's executive producer.

Once they hit on the idea of making the Goblin King a singer, David Bowie was at the top of their wish list immediately, although Michael Jackson and Sting were also considered. Bowie threw himself into the project (and some eye-poppingly tight trousers), composing and recording five original songs for the film, the most famous being Magic Dance.

For the role of Sarah, a number of soon-to-be big name actresses were considered before Jennifer Connelly was cast, including Helena Bonham-Carter, Marisa Tomei and Laura Dern.

Though met with low box office returns and middling reviews on release, Labyrinth soon found its audience on VHS and television, and has long since been elevated to the status of cult classic.

A new Labyrinth movie is in the pipeline, said to be more spin-off than remake. In May 2020, Scott Derrickson (Doctor Strange) signed on to direct the film.

Movie Scenes That Traumatised Us As Children