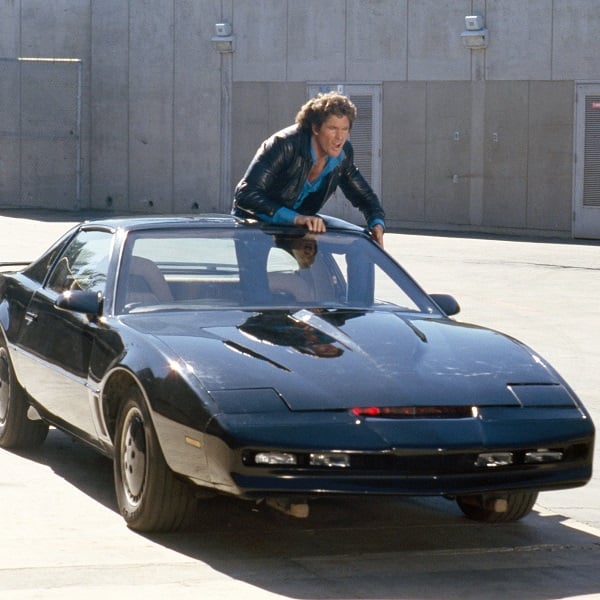 Knight Rider was the stuff that every 80s kid's dreams were made of. What in the world could be cooler than being a tough secret agent fighting in the name of what's right, with an ultra-high tech talking car as your partner?

The pilot episode of Knight Rider introduced Michael Long, a police detective who is almost killed in the line of duty. Saved by a reclusive billionaire, Long is renamed Michael Knight, given a new face (the devilish good looks of David Hasselhoff), and is enlisted into a privately funded crime-fighting organisation. There, he’s provided with top of the line transportation in the form of the Knight Industries Two Thousand, otherwise known as KITT.

Filling out Knight Rider's supporting cast were Edward Mulhare as Devon Miles, Michael Knight's commanding officer at FLAG, and Patricia McPherson as KITT's chief technician Bonnie Barstow. However, young viewers at the time would be hard pressed to even recall the names of these characters, so preoccupied were we by the central hero and his iconic car. Indeed, Patricia McPherson's Bonnie was replaced for one season by an entirely different character, April Curtis (Rebecca Holden), and the audience barely noticed.

When it came to KITT, however, viewers really paid attention. Everyone fantasised about owning such a car of their own, with its indestructible body, intelligent self-driving computer, and incredible extras - the most famous of those being its Turbo Boost, which propelled the car to extraordinary speeds. All that aside, the black Pontiac Firebird Tran Am is simply a cool-looking car, made even cooler by its red scanner light - a feature which series creator Glen A. Larson borrowed from the Cylons, the robotic bad guys of his earlier TV hit Battlestar Galactica.

Still, even a self-driving car is only as good as the man behind the wheel, and David Hasselhoff became an 80s icon as Michael Knight. This success paved the way for Hasselhoff’s later role in Baywatch, as well as his singing career; famously, he got very big in Germany before the decade was out.

Knight Rider ran for 90 episodes from 1982 to 1986. It spawned 1985 spin-off series Code of Vengeance, and has been revived in several TV movies and two short-lived reboot shows.