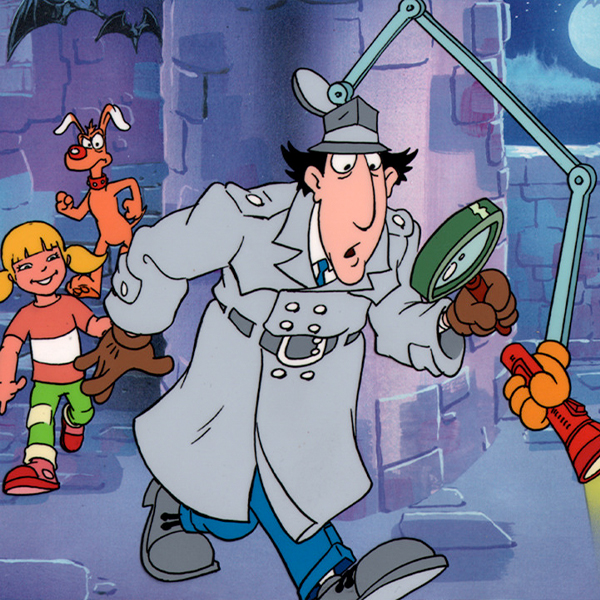 Ask anyone to name a cybernetic police officer from the 1980s, and odds are the first name that comes to mind will be RoboCop. However, for kids of that era, the part-man part-machine police officer who was best loved - and, of course, infinitely more suitable for children - was Inspector Gadget.

Introduced in 1983, the title character of the DIC Entertainment cartoon is an old-school gumshoe in hat and trench coat, but with the unusual gift of cybernetically enhanced body parts. All he has to do is yell, “Go-go gadget -” and name a body part, and this triggers one of the innumerable gadgets built into his body: expanding neck and limbs, a helicopter propeller that sprouts out of his head, and many more besides.

However, whilst Gadget may be a dedicated and proud police officer, in truth he’s very bad at his job, and the bulk of his investigative work is surreptitiously handled by his considerably brighter young niece Penny, and her pet dog Brain. Together, the three of them battle the evil crime syndicate M.A.D., headed by the gravel-voiced, perpetually unseen Dr Claw.

The original Inspector Gadget series ended in 1986, after 86 episodes. Four spin-off shows followed, before the property was rebooted as a computer-animated series from 2015 to 2018. Matthew Broderick took the title role in a 1999 live action film, which spawned a direct-to-video sequel in 2003. Another big screen take on the franchise is reported to be in development.

12 More Shows We Used To Rush Home From Primary School To Watch!

11 Of The Best 80s Cartoons For Girls