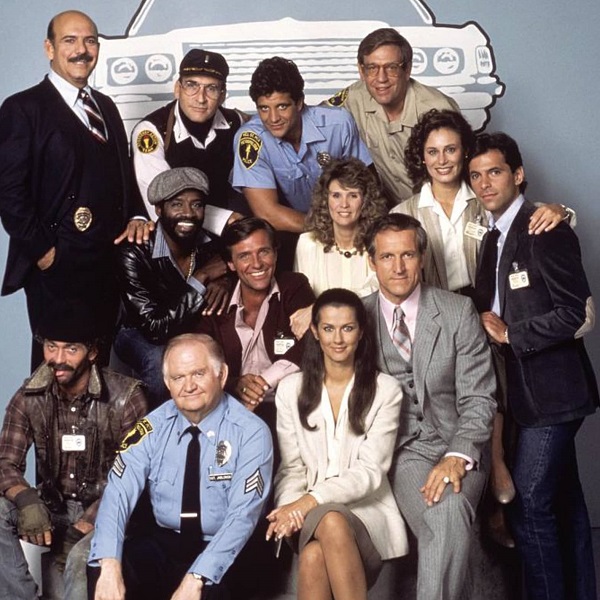 Cop shows are as old as television itself, but the tried-and-tested format got a significant update in the 80s thanks to top-rated drama Hill Street Blues. Noted for its grittier, more realistic take on police work, the show helped pave the way for a new era of harder-edged TV.

Premiering in January 1981, Hill Street Blues centred on the staff of the Hill Street police station, based in an unspecified American city. Most episodes took place over the course of a single working day, following the regular routines of the everyday cops on the beat. The series broke new ground for television in its shooting style, utilising handheld cameras which closely followed the cast for a fly-on-the-wall documentary feel.

By sharp contrast with a lot of cop shows, Hill Street Blues kept its focus on street level and the lower end of the social spectrum, and often showed crimes that went unsolved. This lack of glamour lent the show an edge over other investigation-based dramas of the time, and saw it win big at the Emmys: it was the first show to be given the Outstanding Drama award four times. This record has since been matched, but not beaten, by LA Law, The West Wing and Game of Thrones.

Hill Street Blues was co-created by Steven Bochco, who was later responsible for the even edgier 90s cop drama NYPD Blue. One of the stars of NYPD Blue, Dennis Franz, appeared in the last two seasons of Hill Street Blues beforehand.