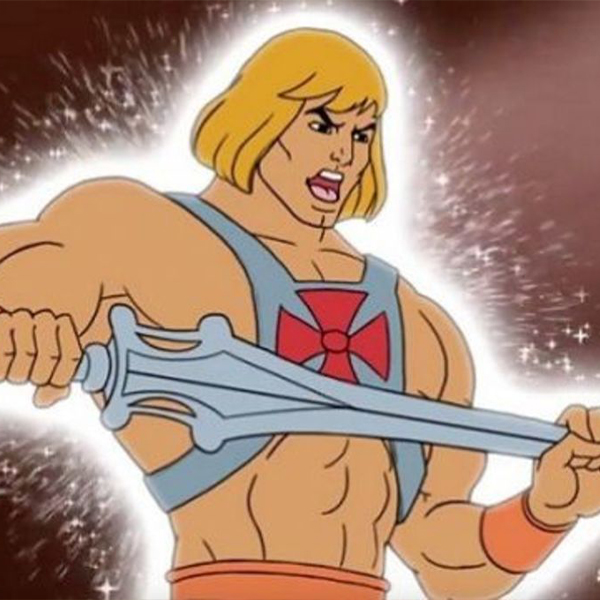 He-Man and the Masters of the Universe exploded onto TV screens in 1983, and cartoons were never the same again. Produced in association with Mattel's toy line, the show introduced audiences to the faraway world of Eternia, where the hapless Prince Adam magically transforms into the heroic He-Man to battle his arch nemesis, Skeletor.

Mattel’s Masters of the Universe was originally a fairly dark concept, taking inspiration from such sword-swinging heroes as Conan the Barbarian. However, animation house Filmation toned things down for a family-friendly romp more reliant on slapstick humour than violence. Even so, the show's focus on a nearly-naked muscleman who regularly punches villains was an eye-opener at the time.

To fend off concerns about glamorising violence, the show made a point of ending each episode with He-Man and other characters directly addressing the audience to highlight the moral of the story. These corny scenes helped appease anxious parents, but whether they really stopped kids wanting to hit each other He-Man style is another matter.

A further live action film is in the pipeline, along with animated series Masters of the Universe: Revelation, due on Netflix in 2021.

A Brand New He-Man TV Show Has Just Been Announced

13 Animated Animals From When We Were Growing Up – Who’s Your Favourite?

13 Of The Best Cartoon Villains We Grew Up With – Who Did You Love To Hate?