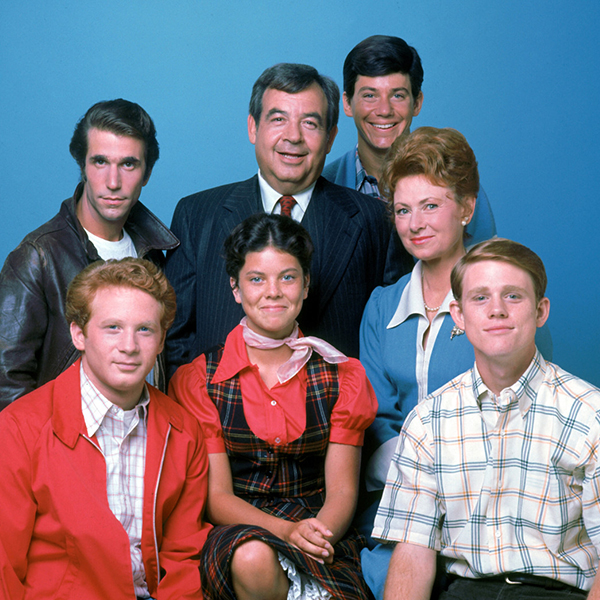 Happy Days is one of the best loved sitcoms of all time. Set in 1950s Milwaukee, it followed the life of loveable everyman Richie Cunningham (Ron Howard) with his family and his friends – of whom leather-jacket clad cool guy Arthur ‘The Fonz’ Fonzarelli (Henry Winkler) became a prominent figure.

Whether we can really class it as a great 80s TV show is a slightly thornier issue. Happy Days began in 1974, and was at its peak in its first few years. The popular phrase ‘jump the shark,’ used to pinpoint a moment when a TV show runs out of ideas but keeps going anyway, originates from a 1977 Happy Days episode in which Fonzie jumps over a shark on his motorbike. By 1980, original star Ron Howard had left to pursue his directing career, and even die-hard fans would agree the show had run out of steam by its last few seasons, before it was finally cancelled in 1984.

Even so, reruns of Happy Days were a TV staple throughout the 80s. Children of that decade still grew up knowing all the words to theme song, and associating the utterance “ayyyy!” and the suffix “-amundo!” with Fonzie.

Such was its popularity that Happy Days spawned an astonishing seven spin-off shows: Laverne & Shirley, Blansky's Beauties, Out of the Blue, Joanie Loves Chachi, and most famously Mork & Mindy. There were also two animated offshoots, The Fonz and the Happy Days Gang and Laverne & Shirley with The Fonz.