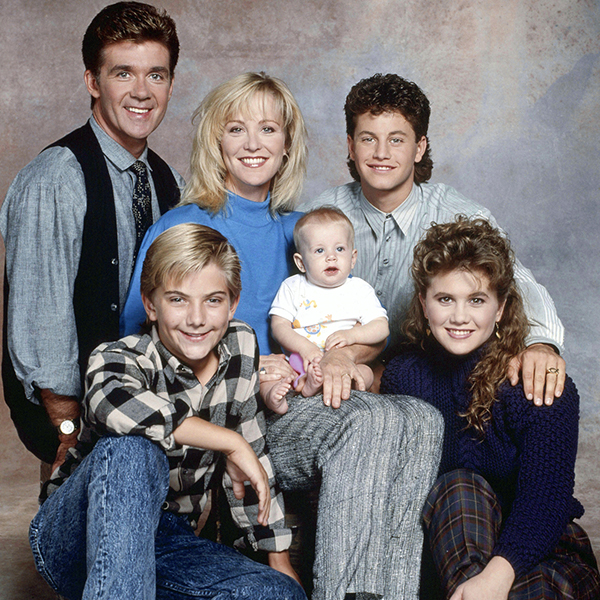 Growing Pains was an American sitcom which ran from 1985 to 1992. While a lot of the most popular 80s sitcoms made a point of highlighting different kinds of family units, this show kept it traditional with a focus on a standard middle-class white family. However, it brought enough charm to win a devoted audience.

The series centres on the Seavers, a well-to-do family based in Long Island, New York. The father, Dr Jason Seaver (Alan Thicke) is a psychiatrist, whilst his wife Maggie (Joanna Kerns) is a journalist. Their children are teen lothario Mike (Kirk Cameron), bookworm Carol (Tracey Gold), and young troublemaker Ben (Jeremy Miller). In later seasons a fourth child was added in newborn daughter Chrissy (first played by twins Kelsey and Kirsten Dohring, and later by Ashley Johnson).

While Growing Pains was a big success which brought fame to its cast, today it’s best remembered for the two film legends who made early appearances on the show. Brad Pitt was on the show twice, playing different characters in 1987 and 1989. Meanwhile, Pitt’s future Once Upon a Time… in Hollywood co-star Leonardo DiCaprio became a main cast member in the show’s last season as Luke, a homeless teen who moves in with the Seavers.