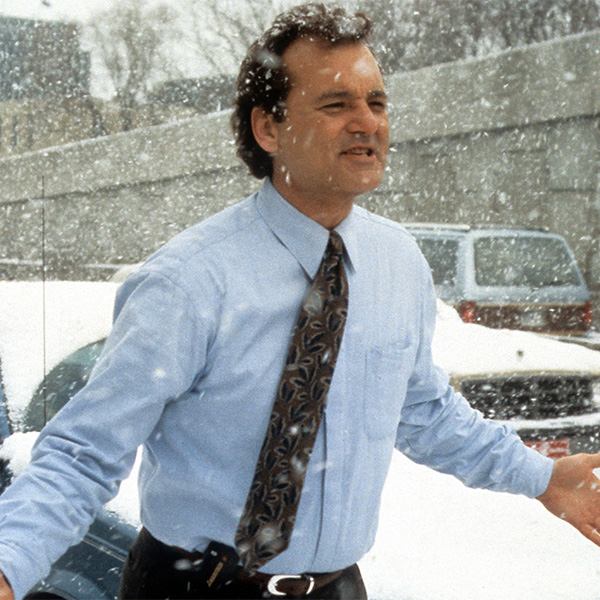 Often seen as the archetypal time loop film, Groundhog Day is a 1993 fantasy comedy that stars Bill Murray as a curmudgeonly weatherman and Andie MacDowell as the object of his affections.

Penned by Murray's Ghostbusters co-star Harold Ramis and screenwriter Danny Rubin, Groundhog Day sees Phil Connors (Murray) trapped in a time loop after covering the titular festival in Punxsutawney, Pennsylvania. With no obvious way out of his predicament, Connors confronts an existential crisis before using his time productively - to woo Rita (MacDowell), his producer.

The film was a modest box office success, accumulating $70.9 million from a domestic theatrical run compared to a $14.6 million budget. However, critical acclaim and an enduring use of the titular phrase in common parlance has given the film a lasting appeal: time loops, or moments that feel like them, are often referred to as 'groundhog days' in reference to this film.

Although the film is quite dark for a comedy to begin with - including, as it does, a suicide attempt by Connors - the original screenplay was darker still. At the end of the film, the screenplay suggests Rita is trapped in her own time loop, suggesting Connors' situation is in some way infectious.

A stage musical version of the film premiered in 2016, with music and lyrics by Tim Minchin and directed by Matthew Warchus - recognisable as the team behind the successful musical adaptation of Roald Dahl's Matilda. It earned the Laurence Olivier Award for Best New Musical and transferred to Broadway in 2017.

20 Things You Might Not Have Realised About Groundhog Day