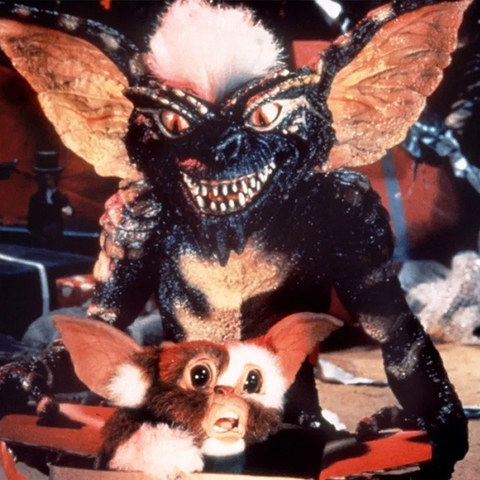 This 1984 horror comedy from director Joe Dante and executive producer Steven Spielberg proved to be a game-changer for the movie business in ways that the filmmakers might not have anticipated.

Written by Chris Columbus (who went on to write The Goonies and direct Home Alone), Gremlins is set in the idyllic small town of Kingston Falls in December, Gremlins centres on Billy Peltzer (Zach Galligan), a young bank teller whose father Randall (Hoyt Axton) gives him an unexpected early Christmas present: a mysterious but extremely cute little animal called a mogwai. However, the mogwai - which they name Gizmo - comes with three important rules. First, he must be kept away from bright lights; second, he must never get wet; and third, he must never be fed after midnight.

Of course, it wouldn't be much of a story if all three of those rules didn't get broken - and once they have been, Christmas in Kingston Falls turns into a disaster zone, as the quaint little town comes under attack from the malevolent Gremlins.

Director Joe Dante came to Gremlins having made his name with horror movies Piranha and The Howling, so it's hardly surprising that his first move into more family-oriented movies would still be on the sinister side. The often intense scenes of threat and violence sparked an outcry from parents and critics, who considered the film far too dark for the PG rating it had been granted in the US.

This controversy over Gremlins - as well as similar outrage over gruesome scenes in another 1984 PG-rated blockbuster, Steven Spielberg's Indiana Jones and the Temple of Doom - prompted Spielberg to suggest the introduction of the PG-13 certificate. The MPAA agreed, and the PG-13 was introduced later that year.

Still, despite the nasty bits, Gremlins is still largely good-natured fun. The creatures are very cartoonish in look and temperament, and this humour keeps things from getting too grim. The comedy came even more to the forefront in Dante's 1990 sequel Gremlins 2: The New Batch, which saw the return of Zach Galligan plus supporting actors Phoebe Cates and Dick Miller.

20 Horror Sequels That Are Actually Better Than The Original

These Are The Weirdest Horror Movie Franchise Instalments Of All Time

Movie Scenes That Traumatised Us As Children