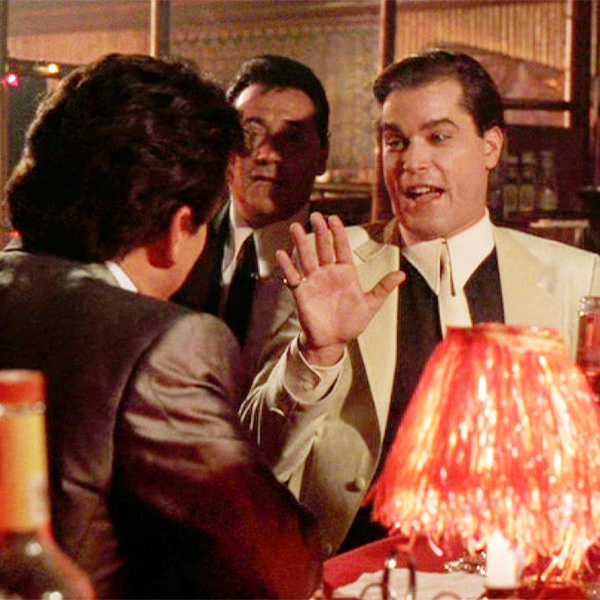 After such acclaimed hits as Taxi Driver and Raging Bull, Martin Scorsese was widely regarded one of the greatest filmmakers of his generation, but in the eyes of many he didn't really reach his pinnacle until 1990's Goodfellas.

Henry Hill (Ray Liotta) grew up in 1950s Brooklyn - and, as the film's first line tells us, "I always wanted to be a gangster." Working his way up through the ranks, Henry becomes a trusted employee of local mafia boss Paulie Cicero (Paul Sorvino), working alongside Jimmy 'the Gent' Conway (Robert De Niro), and Tommy DeVito (Joe Pesci).

The film follows Henry through the highs and lows of his gangster life, spanning the 60s, 70s and 80s - by which time, Henry's ever-mounting personal problems, and tensions between him and his friends lead him to turn informant for the FBI.

Adapted from Nicholas Pileggi's nonfiction book Wiseguy, Goodfellas is a stylised yet grounded look at the reality of mafia life in America. Scorsese first read about the book while shooting 1986's The Color of Money, and on reading it was immediately struck by how honest and down to earth it was. The director co-wrote the screenplay with Pileggi, and settled on an unusual, episodic structure jumping back and forth in time, concentrating on capturing the feel of the gangster life rather than telling a conventional, linear story.

Scorsese is justly famed for working with the best actors and getting their best performances, and Goodfellas is definitely true to form there. Rehearsing at length with the actors beforehand, the director encouraged improvisation from the cast, and some of these scenes worked out by the actors made it into the final movie. The most famous example of this comes when Joe Pesci's Tommy tells a story that makes Liotta's Henry laugh, prompting him to tell Tommy he's "funny." This became the most celebrated scene in Goodfellas, and helped Pesci win the Best Supporting Actor Oscar.

While Pesci’s Oscar was the only one awarded to Goodfellas, the film was widely hailed as a masterpiece. Roger Ebert sensationally declared, "No finer film has ever been made about organized crime – not even The Godfather.”