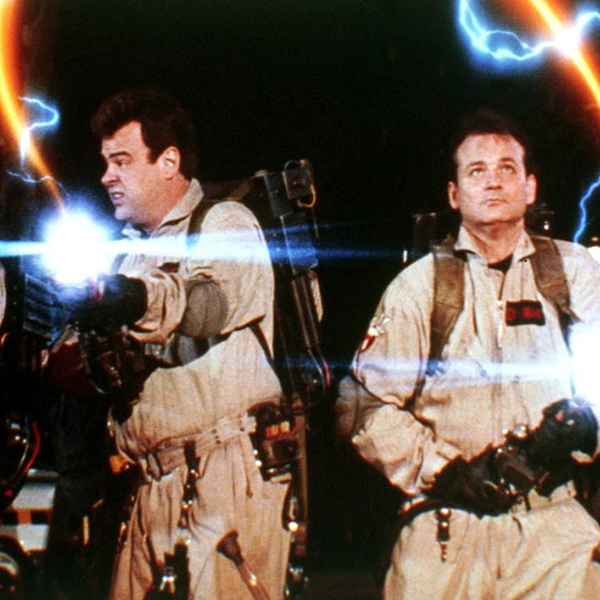 Ghostbusters is a 1984 supernatural comedy film written by Dan Aykroyd and Harold Ramis, directed by Ivan Reitman. The titular Ghostbusters are parapsychologists who become sought after in a world beset by phantoms and monsters.

Starring Bill Murray alongside the screenwriting duo, as well as Sigourney Weaver and Rick Moranis in supporting roles, the film has become a cult classic for its ambitious special effects, bolstered by Ray Parker Jr's number-one theme song.

Professors Peter Venkman (Murray), Ray Stantz (Aykroyd) and Egon Spengler (Ramis) set up an independent ghost-hunting business after being fired from their university jobs, and become entangled with Gozer, an ancient god of destruction.

The project was initially planned as a collaboration between Aykroyd and John Belushi, who had previously worked together on Saturday Night Live and feature films such as The Blues Brothers. However, Belushi's sudden death in 1982 meant Aykroyd enlisted Murray for the part instead.

Ghostbusters quickly became an astonishing box office success, drawing $282.2 million during its initial theatrical run on a budget of $25-30 million, becoming the highest-grossing comedy film of all time at that point. That total has since increased to $295.7 million after further theatrical runs, making the film the most successful comedy of the 80s.

20 Things You May Have Missed In Ghostbusters