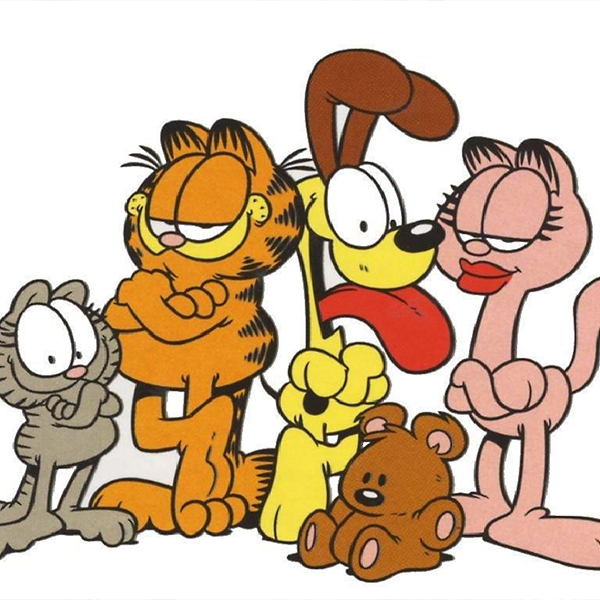 Jim Davis’ comic strip creation Garfield proved popular following the character's introduction in 1976, and his profile grew further with several animated TV specials. However, it wasn’t until 1988 that the character really took the spotlight with a TV series of his own.

Garfield and Friends didn’t deviate far from the existing format established by the strips and the TV specials. The titular cat is a lazy, dry-witted cynic who hates Mondays, loves lasagne, and lives with his hapless human owner Jon. Completing the household are dimwit dog Odie and cute kitten Nermal.

Of course, as the “-and Friends” of the title makes clear, the show wasn’t just about Garfield. While each episode typically began and ended with a Garfield story, between the two there’d be another story featuring the characters of another Davis strip, US Acres (known as Orson’s Farm in the UK). These rural episodes followed Orson the pig, Roy the rooster and other talking farmyard animals.

Garfield was already well established as an 80s icon – who can forget the Garfield telephone, whose eyes opened when you lifted the receiver? – but Garfield and Friends really made him a part of daily life for audiences worldwide. It proved an enduring hit, ending in 1994 after 121 episodes.

2004 saw the release of a live-action Garfield movie, which was followed by 2006 sequel Garfield: A Tale of Two Kitties. These were followed by three direct-to-DVD movies and two cartoon shows (one CG, one 2D). A further Garfield TV show is said to be in the pipeline.