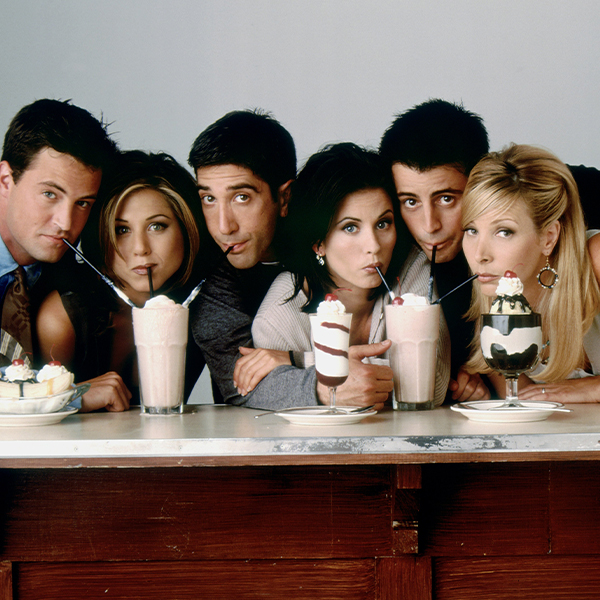 Sitcoms have always been popular, but few have been quite so widely - and tightly - embraced as Friends. Launched in 1994, it became not only the most celebrated TV comedy of its time, but one of the all-time best-loved TV shows period, making a far greater impact on popular culture than most programmes of its ilk.

Friends centres on six twentysomethings, three male and three female, living in Manhattan. Two of these – Monica (Courteney Cox) and Joey (Matt LeBlanc) - rent apartments directly opposite one another. The bulk of the action is split between these apartments and nearby coffee shop Central Perk, where Rachel (Jennifer Aniston) works. The social circle is completed by Chandler (Matthew Perry), Phoebe (Lisa Kudrow) and Ross (David Schwimmer), the latter of whom is both Monica’s brother and Chandler’s old college room-mate.

With its hip sensibility and good-looking cast, Friends was specifically designed to hook a youthful audience, and it succeeded. The question of which Friend you were most like became common in magazines (and later in online quizzes), and the ups and downs of the central relationships – particularly the on-off Rachel-Ross romance – kept viewers coming back. Jennifer Aniston’s Rachel was also notable for having one of the most widely imitated haircuts of the 90s.

As the show’s popularity soared, so did the star status of its cast: by the last two seasons all six lead actors were earning a then-unprecedented $1 million per episode. Friends ultimately ended in 2004 after 236 episodes, but remains a TV staple, thanks to regular reruns and its success with a new generation of viewers on Netflix. Matt LeBlanc reprised his role for short-lived spin-off series Joey from 2004 to 2006.

There Was Originally A 7th Friend, And More You Never Knew About Friends

10 Of The Most Controversial Episodes Of Friends

20 Reasons Why Friends Has Aged Badly

10 Mistakes In Friends That You Never Noticed