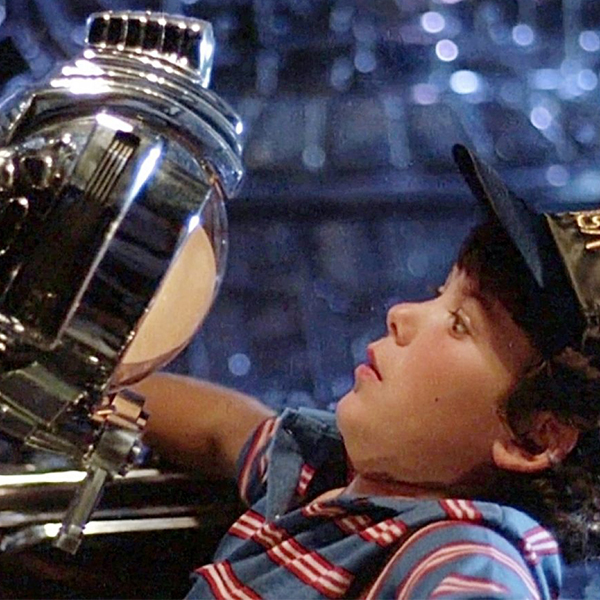 Flight Of The Navigator

After Steven Spielberg's E.T. the Extra-Terrestrial broke box office records, long-time family film champions Disney were keen to make a similar sci-fi smash of their own. The result was 1986's Flight of the Navigator, and while it didn't make nearly as much money as E.T., it still had a significant impact on audiences.

12-year old David (Joey Cramer) mysteriously disappears for eight years, only to re-emerge without having aged at all, and with no memory of where he's been. After testing, scientists realise that David's disappearance is connected to the alien spacecraft which has been captured by NASA. Soon, a psychic signal draws David to the craft, which it turns out he has been aboard before, having been enlisted to a benevolent alien mission of which he has lost all memory.

Flight of the Navigator was directed by Randall Kleiser (Grease) and was a Norwegian co-production. Critics weren’t necessarily blown away, but younger viewers were enthralled by the idea of a young kid taking the helm of an alien spaceship alongside various cute and funny aliens, plus the robotic Max (voiced by an uncredited Paul Reubens).

It may have borrowed heavily from the Spielberg handbook, but Flight of the Navigator did make its own minor innovation with its early use of CGI for the spacecraft. It’s also notable for giving an early role to future star Sarah Jessica Parker.

A Flight of the Navigator remake has been in development since 2009; Neill Blomkamp (District 9) is currently attached.

30 Classic Movies You Didn’t Realise Were On Disney Plus