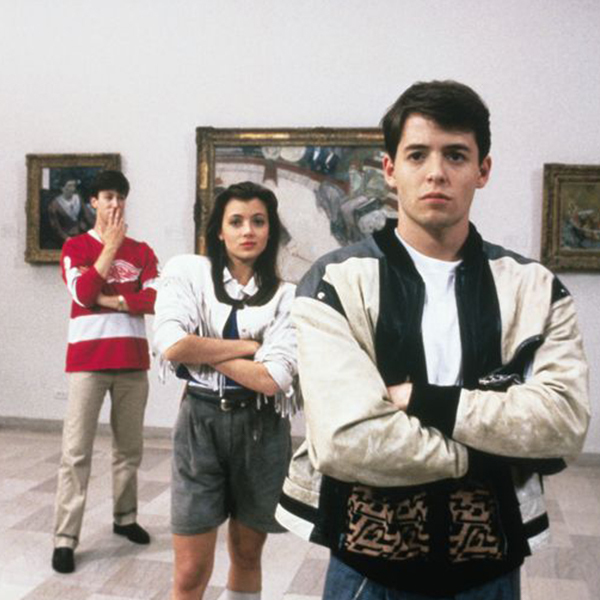 While Matthew Broderick enjoyed success with his second film, 1983's WarGames, there's no doubt that his titular role in Ferris Bueller's Day Off remains his most iconic. Released in 1986 and directed by John Hughes, the film has Bueller skip school for a spontaneous adventure around Chicago - all the while attempting to avoid getting caught by the Dean of Students, Edward R Rooney (Jeffrey Jones).

The film was a box office success, returning $70.1 million on a budget of $5.8 million, and has become a frequent pop culture reference point for Bueller's tendency to break the fourth wall and talk directly to the audience. In fact, the film features one of popular cinema's first post-credits scenes, in which Bueller emerges in a dressing gown and tells the audience to go home.

The sequence in which Bueller gatecrashes a parade float to lip-sync Wayne Newton has also become enduringly famous.

The part of Sloane Peterson, ultimately played by Mia Sara, initially caught the attention of frequent John Hughes collaborator Molly Ringwald; however, Hughes refused to cast her, claiming that the role wasn't significant enough his Pretty in Pink star.

20 Reasons Why Ferris Bueller Is Actually An Awful Person

Can You Remember Ferris Bueller? You Won’t Recognise Him Now!