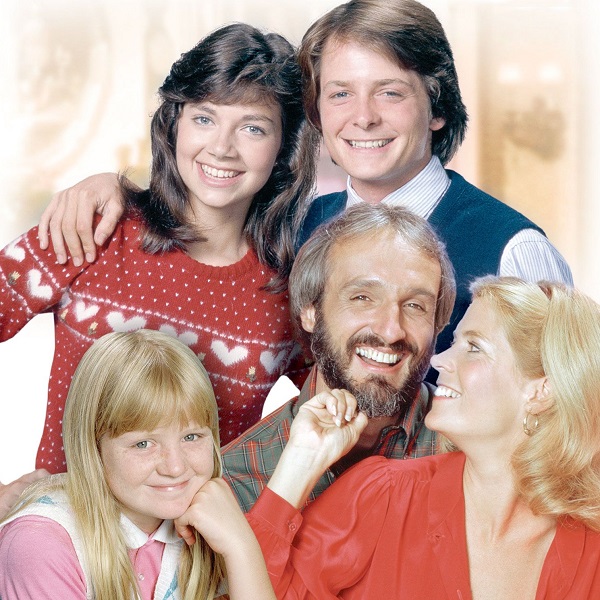 Family-based sitcoms inevitably explore the generation gap, but few made such a point of reflecting the political divides of the 80s as Family Ties. Launched in 1982, the popular series followed the trials and tribulations of the Keatons, a family with hippy parents who are somewhat dismayed to find their children embracing the ‘greed is good’ ethos of the Reagan era.

Michael Gross and Meredith Baxter are Steven and Elyse Keaton, veterans of the 60s counterculture who still hold up their liberal values, in stark contrast to their kids – in particular their self-proclaimed Young Republican son Alex, played by Michael J. Fox (who landed the role after first choice Matthew Broderick declined).

Family Ties creator Gary David Goldberg did not intend for Alex to become the hero of the show, but the audience-pleasing charm of Michael J. Fox saw the character developed into the de facto lead. Family Ties made Fox a huge star, paving the way for his casting in 1985 film classic Back to the Future, which he famously shot back-to-back with the sitcom.

The cast was filled out by Justine Bateman as Mallory, Tina Yothers as Jennifer and later Brian Bonsall as youngest son Andy. The show notched up some illustrious guest stars including Tom Hanks, Geena Davis, River Phoenix and Fox’s Back to the Future co-star Crispin Glover, while future Friends star Courteney Cox also had a recurring role in the last two seasons.