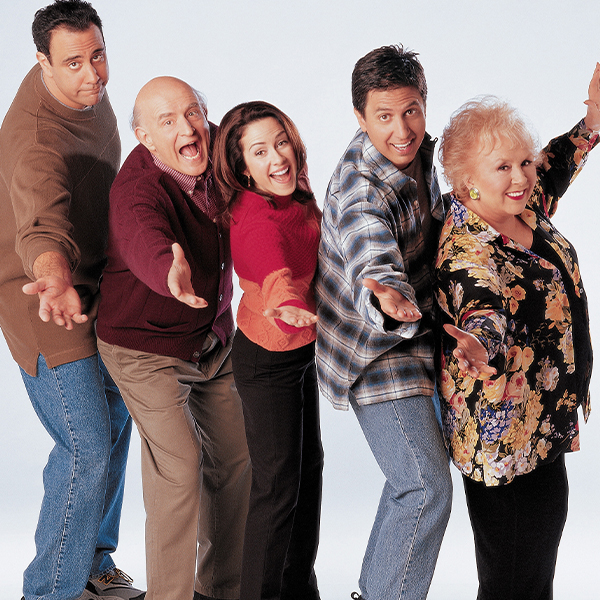 By the mid-90s, it was pretty well established that American TV sitcoms built around the stage personas of stand-up comedians could prove hugely successful. Following in the wake of Roseanne Barr on Roseanne and Tim Allen on Home Improvement, comic Ray Romano was next in line for a TV show of his own.

Romano teamed up with writer and producer Philip Rosenthal to create Everybody Loves Raymond, which cast the comedian as a newspaper sports writer with a laid-back and sardonic attitude. This demeanor serves him well in his busy day-to-day life as a husband and father of three, with his parents living next door.

Appearing alongside Romano in Everybody Loves Raymond were Patricia Heaton as Ray’s wife Debra, Brad Garrett as his big brother Robert, Doris Roberts as his mother Marie, and Peter Boyle as his father Frank. The show was also something of a family affair, as Ray and Debra’s children Ally, Geoffrey and Michael were played by real-life siblings Madilyn Sweeten and twin brothers Sawyer and Sullivan Sweeten.

Romano and showrunner Rosenthal both drew heavily on their own home lives in building the story world of Everybody Loves Raymond. Romano is indeed a father to a daughter and twin sons in real life, and does indeed have a brother named Robert - although the character in the show is reportedly based more on Romano’s other brother, Richard.

Well liked by both audiences and critics, Everybody Loves Raymond ran for nine seasons, from September 1996 to May 2005.