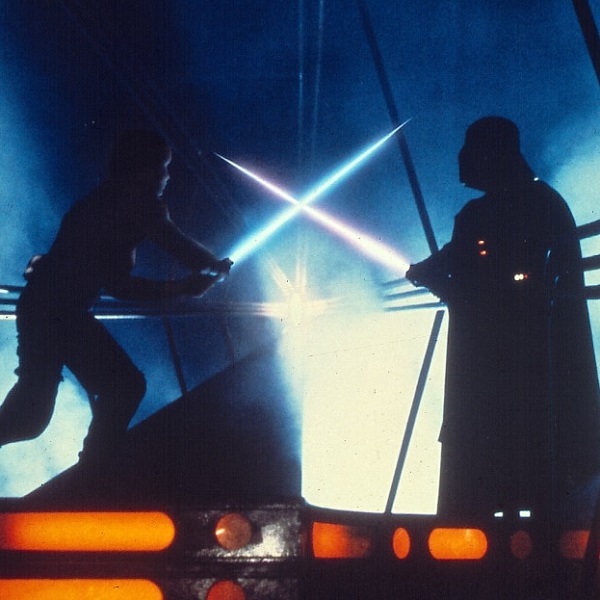 The Empire Strikes Back

This was the first true blockbuster of the 80s. The second instalment in the Star Wars saga first hit the big screen in May 1980, and ever since The Empire Strikes Back has been held up by many as the best film in the long-running series, and one of the few sequels to really improve on its predecessor in every respect.

Picking up some time after the events of 1977's original Star Wars: A New Hope, we find our heroes in the Rebel Alliance struggling in their war with the Galactic Empire. Following some daring escapades on the ice planet Hoth, Luke Skywalker (Mark Hamill) flies off alone to seek training from the Jedi master Yoda, whilst Han Solo (Harrison Ford) and Princess Leia (Carrie Fisher) are forced to flee, eventually finding sanctuary in the Cloud City controlled by Han's old frenemy Lando Calrissian (Billy Dee Williams).

However, our heroes find that things aren't quite what they seem this time around - and events take a considerably darker turn than before, culminating in one of the most famous climactic revelations in film history regarding the villainous Darth Vader (once again played by David Prowese and voiced by James Earl Jones).

While original Star Wars writer-director George Lucas is still executive producer and provided the story, this time the directing reins were handed to Irvin Kershner. Perhaps as a result of Kershner's more human touch, the performances feel more nuanced and three-dimensional than in the previous film, and there's a greater sense of emotional investment all around.

The action is still every bit as awe-inspiring as in the original, highlights including the early Hoth battle, the Millennium Falcon's daring asteroid field escape, and the first lightsaber duel between Luke and Vader.

Though its $33 million budget was one of the biggest in film history at the time, The Empire Strikes Back ultimately made almost $548 million in cinemas; adjusted for inflation, it's still the third highest earning Star Wars movie of them all (with the original in first, and 2015's The Force Awakens second).