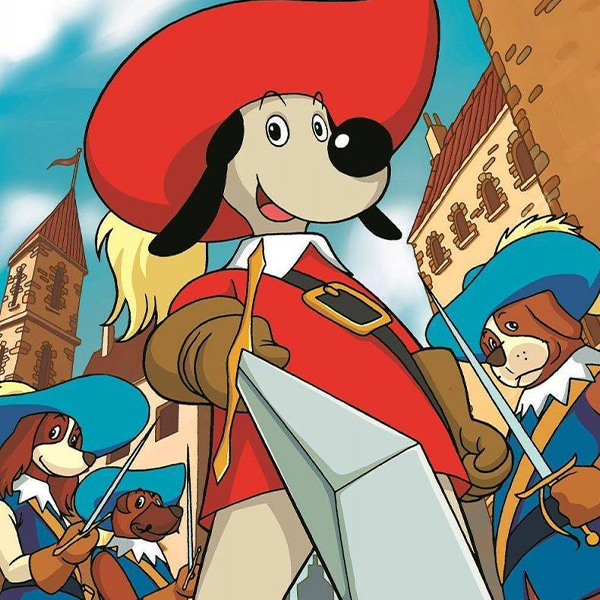 Dogtanian And The Three Muskehounds

Dogtanian and the Three Muskehounds was one of the few popular 80s cartoons to be directly modelled on a literary classic – but as it was designed to appeal to children, the show retold the time-honoured tale with anthropomorphic animals. The story in question was, of course, Alexandre Dumas’ epic adventure The Three Musketeers, which had been put to film many times, but never until that point with dogs in the central roles.

Beyond the canine element, the essentials are much the same. Set in 17th century France, the story follows the young and inexperienced Dogtanian (a reworking of the novel’s central character d'Artagnan) as he comes to Paris to become one of the musketeers of King Louis XIII. Here, he makes friends with seasoned musketeers Porthos, Athos and Aramis, and joins them in their mission to protect king and country. (Despite the show’s title, the characters are always referred to as musketeers, not 'muskehounds.')

Given its French setting and English dub, viewers may not have realised that Dogtanian and the Three Muskehounds is actually a Japanese cartoon, and can therefore be classed as anime.  The studio Nippon Animation produced a number of shows based on literary classics; their most popular outside of Dogtanian was Around the World with Willy Fog.

Dogtanian and the Three Muskehounds ran for only 26 episodes, which first aired in Japan between October 1981 and March 1982. In 1989 it spawned a sequel series, The Return of Dogtanian. A CGI animated movie based on the series is currently in production.