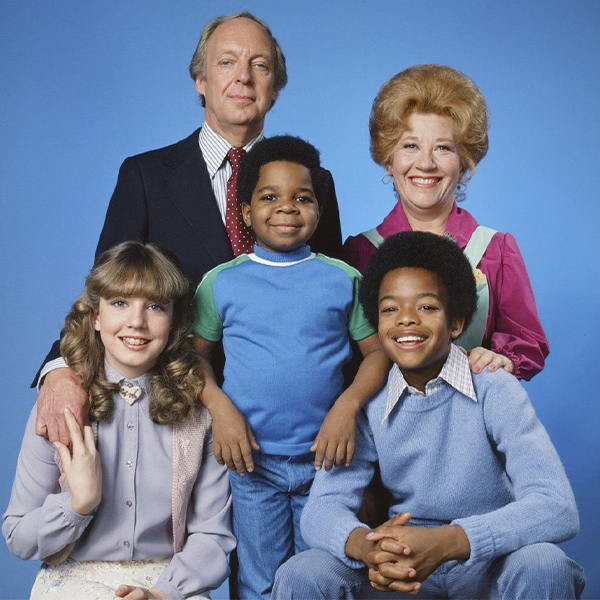 As the theme song to this beloved sitcom classic reminded us, “the world don’t move to the beat of just one drum.” Launched in 1978, Diff’rent Strokes took the ever-sensitive topics of class and race relations and made them the basis of a much-loved sitcom which ran until 1985.

Diff’rent Strokes centred on two orphaned African-American brothers, the teenage Willis Jackson (Todd Bridges) and his smart-mouthed little brother Arnold (Gary Coleman). After their mother’s death, the boys are taken in by her previous employer Phillip Drummond (Conrad Bain), a wealthy white middle-aged businessman. They share Phillip's family home with his daughter Kimberly (Dana Plato) and their housekeeper Edna (Charlotte Rae, who went on to star in spin-off series The Facts of Life).

Conrad Bain was the nominal lead, coming to the show from earlier sitcom success on Maude; but even those who’ve never seen Diff’rent Strokes can tell you that Gary Coleman was the real star. The diminutive young actor won over audiences with his achingly cute demeanour, and wrote himself into the annals of pop culture history with his unforgettable and frequently repeated one-liner, "What'chu talkin' 'bout, Willis?"

Sadly, Diff’rent Strokes doesn’t have the happiest of legacies. Coleman struggled with poor health (his 4’8” frame and child-like appearance were due to a congenital kidney disease), and he battled depression and financial difficulties before dying in 2010 aged just 42. Co-star Dana Plato’s was an equally sad story - she later descended into drug and alcohol addiction, before committing suicide in 1999 aged 34.