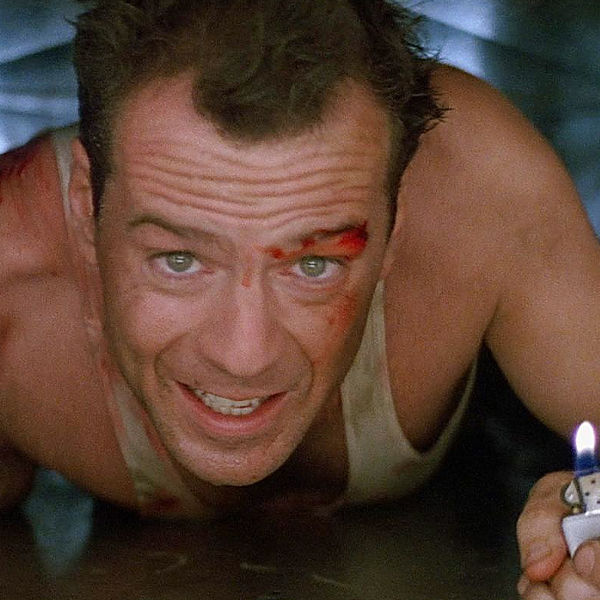 Die Hard might well have been a flop. After all, the role of NYPD detective John McClane was offered to - and declined by - at least eleven actors, including eventual star Bruce Willis. However, Die Hard has since become an action movie mainstay and made stars of its two leads.

The film sees McClane travel to Los Angeles to reignite his marriage; what the detective doesn't understand, however, is that his estranged wife is attending a workplace Christmas party that's about to be gatecrashed by Hans Gruber (Alan Rickman) and his cohort of terrorists. As those at the party struggle to seek help from the outside world, McClane finds himself the lone hero as Gruber's plan begins to unravel.

Always intended as a summer blockbuster, Die Hard returned $141.5 million on a budget of $28 million and spawned a franchise. It was also critically acclaimed and is often argued to be the best Christmas film of all time.

The film was Rickman's feature film debut, with the actor having previously impressed producer Joel Silver in a Broadway production of Les Liaisons Dangereuses; it was Willis' second-ever Hollywood production, and he was then best-known for his stint in the comedy TV series Moonlighting.

The success of Die Hard not only made a name for Rickman and Willis, but spawned an entire genre of action films that sought to recreate the dynamic of a down-to-earth hero battling against a mob of heavily armed thugs. These include Under Siege, Speed and Air Force One.

Bruce Willis Wades Into The ‘Is Die Hard A Christmas Movie?’ Argument

11 Films Your Parents Didn’t Know You Were Watching

14 Things You May Not Have Realised About Die Hard