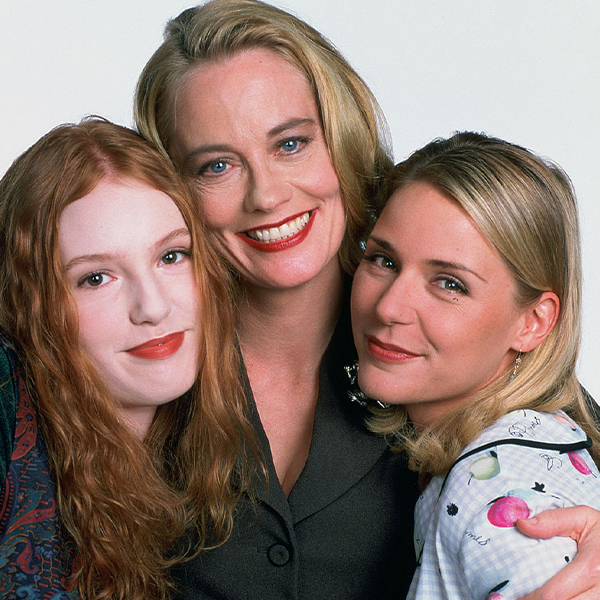 Cybill Shepherd had gone from stardom to obscurity and back again more than once by the mid-90s. First rising to prominence as a film actress in the 70s, the actress had been on the skids until 80s comedy series Moonlighting - but again her career faltered once that show ended and her co-star Bruce Willis went on to superstardom.

Launched in 1995, sitcom Cybill cast the actress as a thinly veiled fictionalisation of herself named Cybill Sheridan, a Hollywood actress struggling to keep her career afloat in middle age. We follow Cybill in her daily trials and tribulations along with her best friend Maryann (Christine Barankski), her daughters Zooey (Alica Witt) and Rachel (Deedee Pfeiffer), and her ex-husbands Jeff (Tom Wopat) and Ira (Alan Rosenberg).

Cybill is notable for being the third sitcom created by Chuck Lorre, who went on to enjoy massive success in the field as the creator and producer of Dharma and Greg, Two and a Half Men and The Big Bang Theory.

A barbed send-up of Hollywood culture with a few acidic words to say about other popular shows of the time (notably Friends), Cybill proved a hit, scoring decent ratings and running for four seasons before unexpectedly getting cancelled in 1998. The show’s abrupt cancellation was a shock to many at the time; Shepherd has since claimed that it was down to her refusing the advances of Les Moonves, the former CEO of network CBS, who has since been hit with scores of sexual misconduct allegations.